ALBUQUERQUE, N.M.- An abused dog is getting a second chance at life after being rescued from deplorable conditions.

Buster is recovering at Sunflower Sanctuary Animal Rescue in Tijeras.

"A couple days of love and belly rubs and food and water and just a lot of care, he’s totally a different dog," said Cynthia Dares, the sanctuary’s founder.

Two weeks ago, Buster was malnourished after Dares says he was rescued from a home in Los Lunas.

His fur was matted and caked in urine and feces, his paws were full of stickers, and one of his eyes was in such bad shape the vet had to remove it. 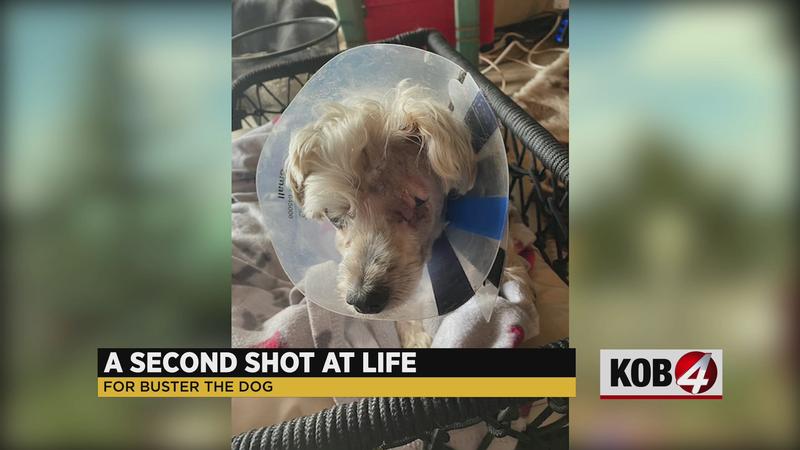 "There was a lady that abused him, and she sprayed Febreze in his eyes to get him to shut up from barking. She didn’t give him water for 14 hours a day. He was starving. He’s just obsessed with food," said Dares.

But since then, Dares says Buster has made a remarkable recovery. The sanctuary is Buster’s new forever home where he’ll live out the rest of his days, surrounded by all of his new four legged brothers and sisters.

"He’ll live here for the rest of his life and he’ll be a happy dog," said Dares.

Valencia County Animal Control is investigating the allegations of abuse.