ROSWELL N.M. – The ACLU of New Mexico has filed a lawsuit against Chaves County and the state’s Law Enforcement Academy, accusing the sheriff of failing to provide proper training to deputies who killed a suspect.

Laura Ives, a civil rights attorney who filed the suit along with the ACLU, said that deputy-involved shootings have become far too common in Chaves County.

The suit is the result of a 2021 shooting in which Oscar Najera, 25, was shot to death by Chaves County deputies Ricardo Delgado and Raul Ramos following a pursuit.

New Mexico State Police found that on June 27, deputies responded to a domestic violence incident where a man, later identified as Najera, held his girlfriend at gunpoint and tried to force her to go to the bank and withdraw her money. 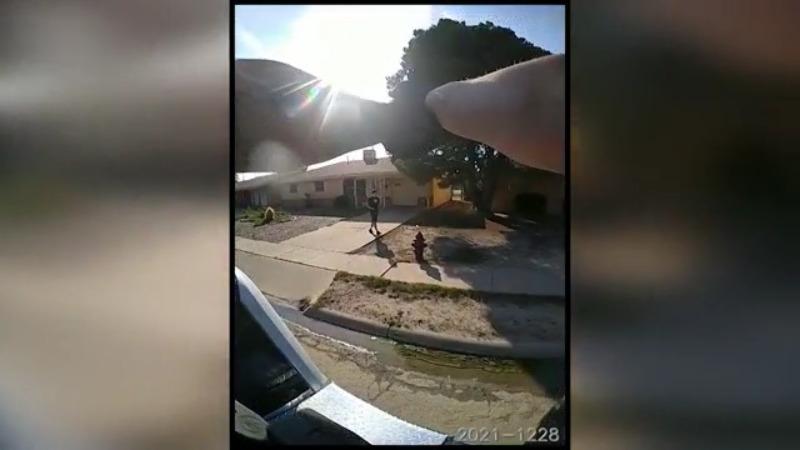 By the time deputies arrived, he was gone. Later, they found a vehicle outside a store that resembled one that Najera had been reportedly driving. Deputies then spotted him and a foot chase ensued.

When they encountered Najera, deputies Delgado and Ramos ordered him to put his hands and get on the ground. They soon opened fire, hitting him. Najera, who was later found to be unarmed, died from his wounds.

Authorities later said Delgado and Ramos said that right before the shooting, Najera made movements that led deputies to believe he had a gun. But Ives said details about the shooting provided by deputies have often varied.

“In one statement he (Delgado) said he saw Oscar reach into his waistband. In another statement, he said he couldn’t actually see the hand but he could see his shoulder moving, and presumed he was going for a weapon. The other officer said at one point he thought Oscar was shooting, then at another time said maybe Deputy Delgado was shooting, he really didn’t know which,” Ives said.

It goes onto claim the sheriff’s office “has failed to train its law enforcement officers” in de-escalation tactics and the levels of firearms training required under New Mexico law.

The suit also is also critical on how Herrington reportedly handles deputy-involved shootings.

“Sheriff Herrington’s practice has been to immediately and without investigation declare CCSO shootings justified, usually on Facebook and usually in the comments section,” the suit states.

Herrington on Thursday did not respond to repeated calls and emails for comment about the allegations or the litigation.

Additionally, the ACLU and Ives filed suit against the New Mexico Law Enforcement Academy Board for failing to enforce training requirements for departments.