ALBUQUERQUE, N.M.- A man who has spoken out about police brutality was arrested at a crime scene Wednesday.

Clifton White showed up at the scene, where an FBI agent was shot and a man was killed.

The Bernalillo County Sheriff’s Office released video from a lapel camera that shows White being confrontational with deputies.

"My name is Clifton White. What are you going to do," he asked the deputy.

This wasn’t the first time White showed up at a crime scene. He was arrested in June 2020 after showing up following shots being fired at a Black Lives Matter protest. 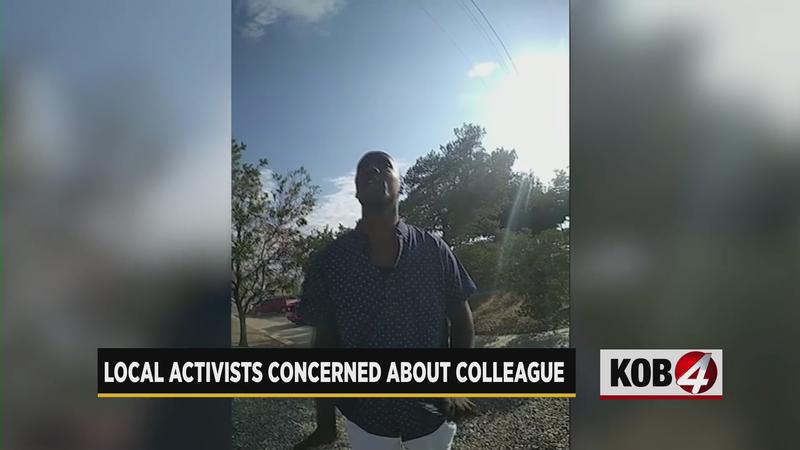 In both cases, things escalated.

His group has the attention of the Albuquerque mayor’s office and APD as they work to continue the conversation about racial injustice in policing.

"At the beginning, last year, when we were out there fighting the whole narrative was we were violent, we’re bad people, using different videos to show that we’re bad people," Barry said. ""I think this kind of, you know, those people that had those questionable doubts about us – it kind of gives them a reason to feel that way."

Barry says White needs help, and should not be vilified. But he said White is going about things the wrong way.

"Are you being targeted, or are you showing up? And yesterday we could see it, it wasn’t someone that was targeted, they put themselves in that position," Barry said.

"You show the mockery of a black man showing up at a scene causing violence, so let’s show up every time with those lapel cameras," Barry said. "Now we have to hold them to that standard."

"We’re here to build community," Barry said. "And that’s not building community, that’s setting us back, and we don’t want that."

Clifton white was released from jail. He’s facing charges of assault on a police officer and obstructing an officer.

KOB 4 reached out to White’s partner for comment, but she did not respond.