SANTA FE, N.M. – Turns out you don’t even have to leave your living room to enjoy Christmas in New Mexico. One of Lifetime’s new Christmas movies takes place in Santa Fe.

"Oh I love New Mexico, the people are so awesome, the food is incredible,” said Mario Lopez.

A lot of movies film in New Mexico, but Lopez made sure the state stayed in the spotlight for his new Lifetime Christmas flick, "Holiday in Santa Fe."

"Well we were all over downtown, all over the city for that matter, and I just think geographically it’s a beautiful town that we really highlight,” said Lopez.

Santa Fe Film Office representatives said the film was originally supposed to take place in a generic southwest town but once Lopez and his team arrived they knew they had to make some changes.

“Cause normally those types of movies are your typical idyllic New England type towns, right? And I just thought the great Southwest and Santa Fe’s beautiful in its own way, and they celebrate Christmas too, so why not? I thought it would be a different, cool look to the film,” Lopez said.

The production filmed earlier this year and used a lot of local vendors and actors to get that New Mexico feel – they even threw in a little history.

Lopez said he’s excited to come back to New Mexico – mostly for all the chile.

"Man, I had it with everything, from my eggs in the morning to sushi, so I try to incorporate it into everything.”

And most of you are probably wondering, red or green?

"I mean, I like them both, but I’ll take green if I had to choose,” said Lopez. 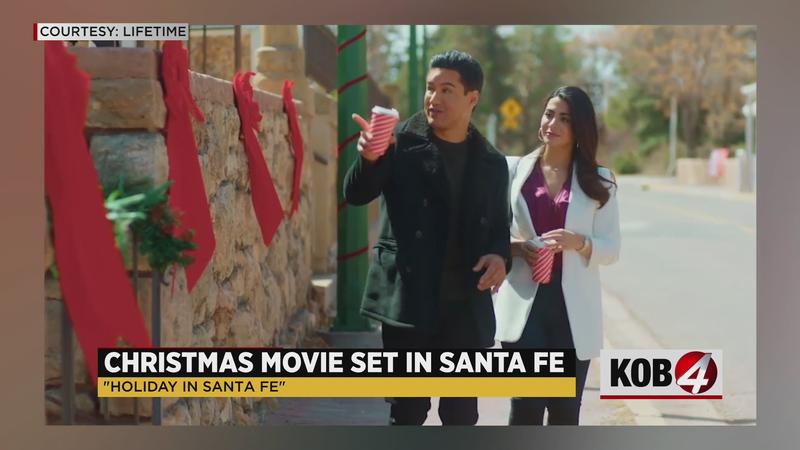