ALBUQUERQUE, N.M. — Earlier this week, President Joe Biden extended the pause on student loan payments through August. It is the seventh extension on those payments.

"It’s really helped millions of student loan borrowers that have faced a lot of economic hardship through the pandemic," said David Hicks, partner and investment advisor with Oakmont Advisory.

Hicks said while it’s nice to have thousands of extra dollars around to save or put toward other necessary expenses, it might be worth it to continue making those loan payments.

"On the other hand, those people that can take advantage of this and pay that debt now at zero interest rate, that’s really going to benefit them in the long run," he said. 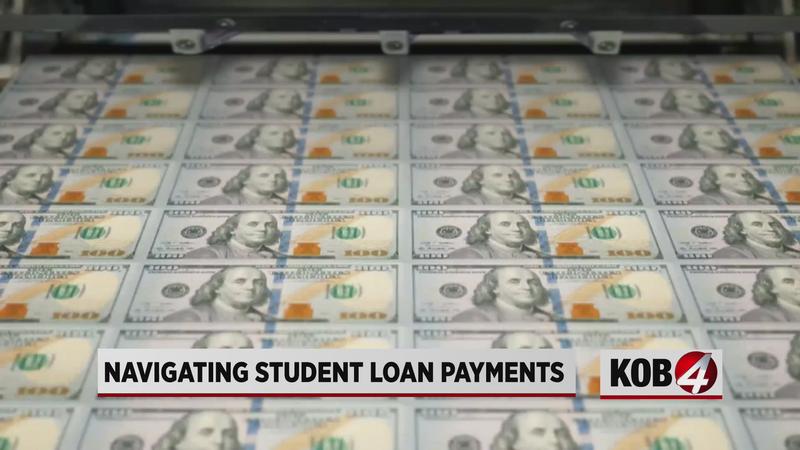 "You’re going to be paying for that life of that loan, about $35,000 for that $28,000 balance, because about $6,400 will be eaten up with interest," Hicks said. "So if you made payments, let’s just say you made payments through the past two years and kept making those payments, you would have saved right around $2,500 of interest. So almost cut that interest in half."

Hicks also said interest rates are increasing now so new student loan debts are likely to be higher than what previous borrowers had to pay.

"Some people just wishing and hoping that all student loan debt will actually be canceled. That was one of the things that President Biden has said and stated that may be coming down the road," Hicks said.

On Wednesday, Rep. Melanie Stansbury tweeted that while another pause is important progress, it is not the end.

Yesterday, @POTUS suspended student debt payments until August 31! This is important progress—but not the end. We must #CancelStudentDebt. https://t.co/bwikhJe8f6

"Far too many New Mexicans are saddled by crushing student debt, forcing them to put their dreams and opportunities on hold. New Mexico is leading the nation, under the leadership of Governor Lujan Grisham and our legislature, in making college free for all. This week’s federal pause on student loan repayment is a step in the right direction, but we must cancel student debt and extend free college across the country. It’s good for our people, good for our economy, and good for our country."