ALBUQUERQUE, N.M. – Advocates are speaking out after police say a homeless man was beaten with a pole by teenagers over the weekend in Albuquerque. This happened before the nine teens were involved in a deadly crash on University at the I-40 underpass.

“I wasn’t too surprised because this is happening all over the city,” said Mary Garcia, executive director of the Albuquerque Indian Center.

“I was really disgusted,” said Andy Calvin, who handles security and maintenance for the center. “I couldn’t believe that somebody would go do that to a person for no reason while they’re sleeping.”

Marisa Ramos, a program manager for the center, said they see it on a daily basis.

She said homeless people are being robbed or beaten up and some are so scared they can’t sleep.

“It’s not just the homeless that are beating up on each other,” said Ramos. “There’s also regular people that are taking out their anger on the homeless for no apparent reason it’s very disheartening to think people would be doing that.”

Just last month, a homeless man was stabbed inside a tent by a suspect who went on a stabbing spree along Central Avenue.

In December, a homeless man was shot and killed at First and Gold when he tried to defend a security guard being threatened by a driver with a gun.

High-profile attacks on homeless people in New Mexico have garnered national attention over the years. In 2015, surveillance video caught someone throwing fireworks at homeless people. The year before, a group of teens brutally beat and murdered two homeless men as they slept.

There have been far too many examples of why Garcia and her staff say more needs to be done to protect the homeless population.

“They don’t want to be homeless,” said Ramos. “Most of them don’t. It’s a struggle. It’s a struggle day in and day out. They live like this every single day and for them to have to endure violence or attacks and not be able to get a week of sleep it’s very, very saddening. To hear that the general public is taking their anger out on the random homeless it’s just not serving us as a community.” 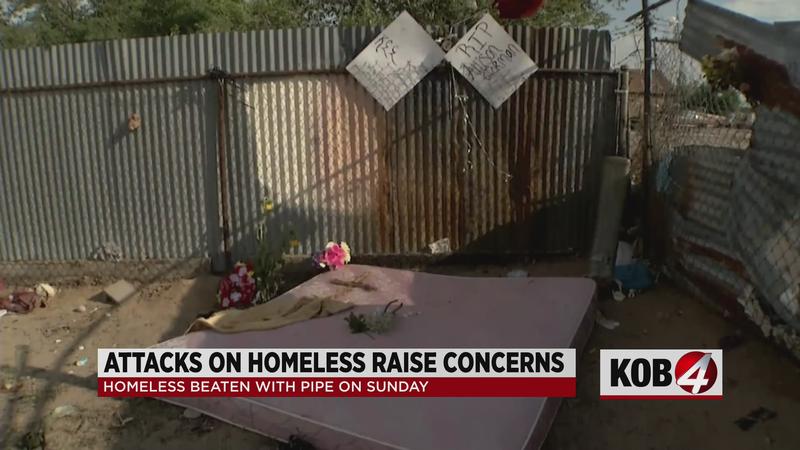