ALBUQUERQUE, N.M. – Thousands of Afghan refugees will keep arriving at Holloman Air Force Base this month. The Land of Enchantment will be their temporary haven – but it’s become a permanent home for another man who escaped Afghanistan years ago.

Mohammad Munir resettled four years ago after he said the Taliban threatened him. Now he’ll be helping thousands of families making a similar journey from his home country.

Munir arrived in Albuquerque in 2017 and he said the challenges he faced living in Kabul are identical to what many are still facing there today, amid a Taliban takeover, a group he said threatened him and his family.

"They will threaten you, and if they are able to find you, they will kill you,” said Munir. “I got many threats when I was there they called, you know, ‘you’re working with the U.S. Army’, it was difficult for me and for my family because I had very small kids.’”

Born in Afghanistan, Munir was an interpreter, working for years with the U.S. Army and Air Force.

He moved his family to America under the Special Immigrant Visa Program in Kabul, he taught at a university, but his work life got off to a different start in the U.S.

"My first job was at Walmart, I was a cashier for two years,” said Munir.

Recently he got a job with the very program that helped him settle in America — Lutheran Family Services which works with state agencies, and is currently helping Afghan refugees resettle.

Munir helps refugee children enroll in school, he said he knows how stressful this time is for these Afghan families.

"There is hope that finally they will get here and they will be comfortable here, I’m very happy to serve again for my family, for my community and for the U.S.,” said Munir.

Munir said he hopes these refugees find the peace he, his wife, and their four children have found in New Mexico.

"Now we are happy here, we have a big Afghan community in Albuquerque. Always, they are asking if you need something,” he said.

Munir said he still has family in Afghanistan, and he’s worried about their safety, but Albuquerque is home, and he said he’ll do all he can to help people start a new life here in our state. 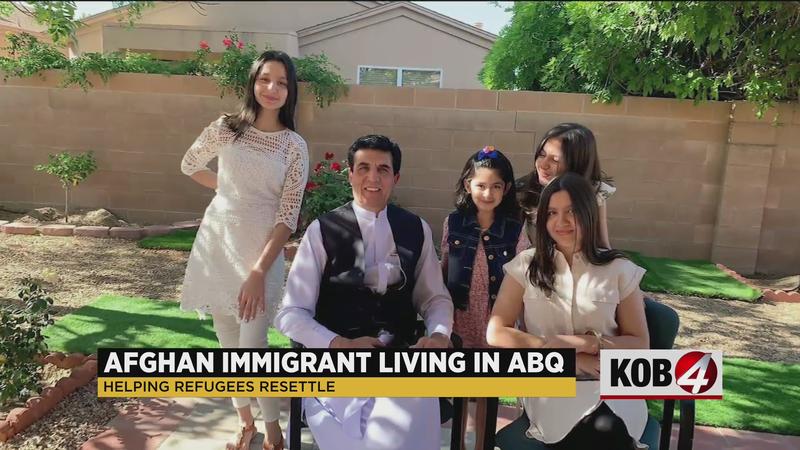