AFR: 1 body recovered, search continues for other victims swept away in arroyo

Multiple agencies have spent hours searching after three people reportedly got swept away in fast-moving waters in the North Diversion Channel Tuesday evening.

Ruiz said the amount of water in the flood channel was "quite possibly some of the deepest, fastest moving water that I’ve seen."

Nolan Bennett, a field engineer for Albuquerque Metropolitan Arroyo Flood Control, said there was about 10 to 12 feet of water rushing down the arroyo.

At a news conference Wednesday, Ruiz said the body has been "positively identified" as one of the people spotted in the arroyo. 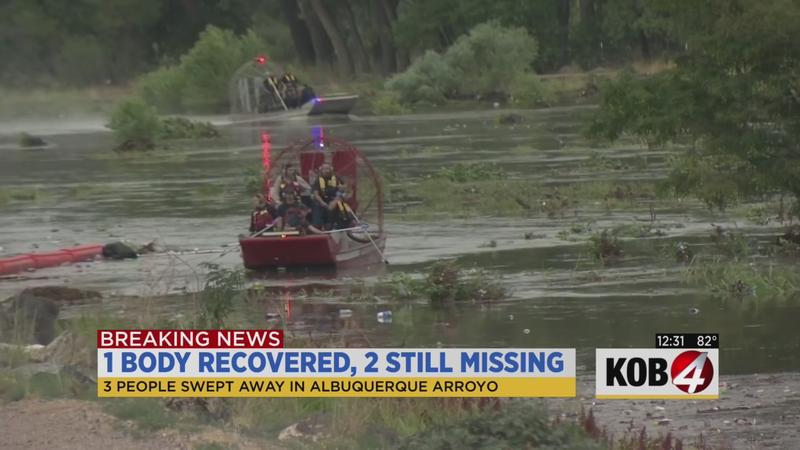 AFR believes there are still two other victims that have not been found.