ALBUQUERQUE, N.M. – If you’ve been outside lately, you’ve likely noticed it has been hotter and much windier – Albuquerque Fire Rescue has taken notice and has been preparing ahead of time for fire season.

"I’d say our spring’s really, really busy for us," AFR Lt. Joseph Kandel said. "As far as what we’re doing, we got a jump start on our refresher training this year and we were pretty much done by the end of March."

AFR’s jump-start is happening because they expect weather patterns to remain dry and windy. All 700 members have completed tests and wildfire refresher training to ensure they’re ready to tackle any flames that may spark – wherever they may occur in the metro. They’ve also started informal patrols.

So what can you do to help? AFR says to:

"When they’re out there, they see these fires start, they call us right away and we can keep them small. That’s going to be critical this year," Lt. Kandel stated. "We have to keep these fires small with these conditions because if they’re allowed to grow, they may very well get out of control very quickly." 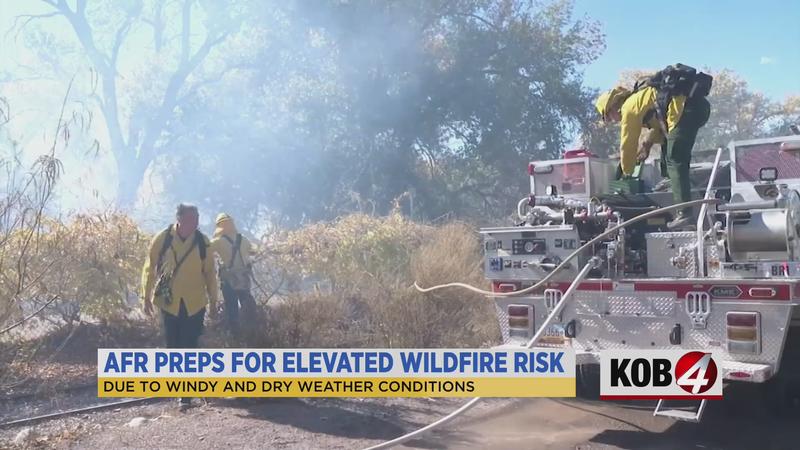 AFR says the lack of moisture this winter, record temperatures, high winds and low moisture are all contributing to them getting ready early.