AFR responds to multiple fires in one night

According to Albuquerque Fire Rescue, the first fire damaged a four-unit apartment that had to be evacuated — and the other fire Friday night affected four separate households on the same block.

The first fire started around 9 p.m. near Kathryn and San Mateo — when AFR arrived on scene they saw smoke and fire coming from the second floor — they were able to quickly put out the fire, but all families had to find somewhere else to stay for the night.

Then at 11 p.m. AFR got another call just north of Gibson where a house fire had spread to two separate structures and was threatening others. Multiple neighbors called 911 including Michelle Zapata.

“I had just come inside with my pets then I heard what I thought were fireworks, so I went to my bedroom window and looked out and the little shack back here just exploded with fire, then the fire started to spread quickly,” said Zapata.

The fire didn’t reach Zapata’s house, but did melt a trash can she had in her yard.

The house that was on fire was supposed to be empty, but neighbors said there is a history of homeless people staying on the property. 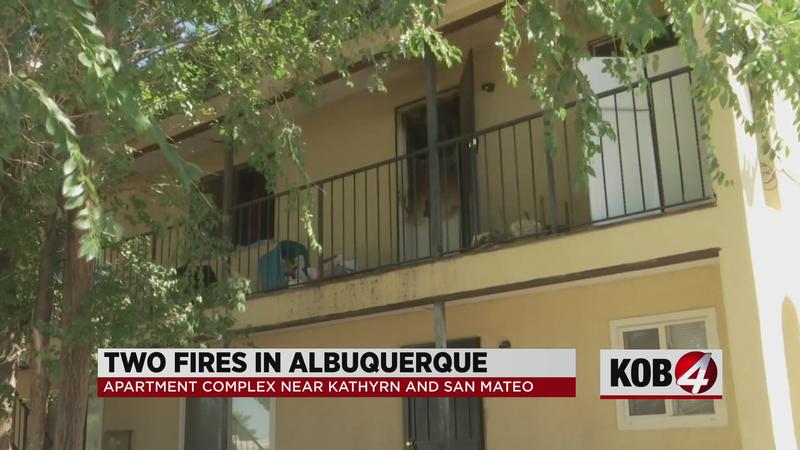