ALBUQUERQUE, N.M. — Albuquerque Fire Rescue is seeing an uptick in structure fires and fatalities. To help prevent the numbers from going up, AFR wants to remind people of how working smoke detectors can help save lives.

AFR shared the number of structure fire calls they received in the past few months: 106 calls were made in December, 103 in January, down to 65 in February and back up to 77 in March.

However, the number of deaths is even more alarming.

"In the first three months of this year, we’ve had seven fire fatalities, which is really high. Normally, for an entire year, we may have four or five,” said Lt. Tom Ruiz, the spokesperson for AFR.

He explained some deaths are preventable. 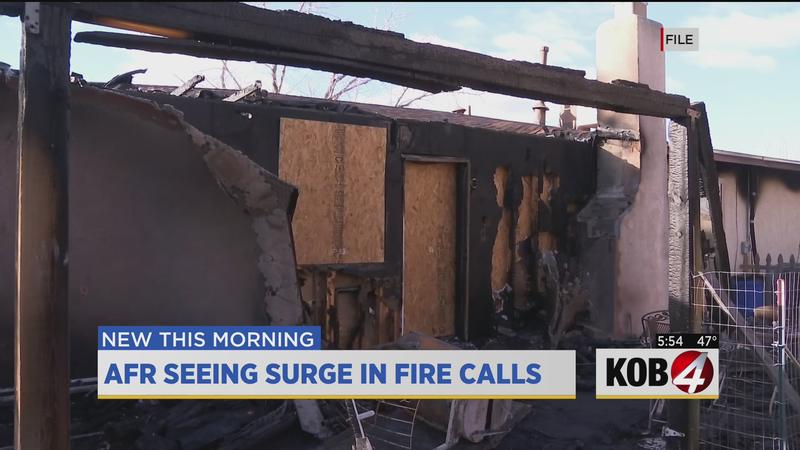 "There are, unfortunately, a couple cases in regards to some of the fire fatalities that we’ve had, that there was not a properly working smoke alarm,” he said.

"They are effective, and they work. It’s a simple tool, but it’s highly effective,” he said. "There was one fire in particular where a family was able to get out of their house in time, as a direct result of the smoke detector working."

Even though warmer temperatures are on the way, smoke detectors are still a life-saving tool. Lt. Ruiz said cooking and electrical fires are another big problem. It’s not just heaters.

He said smoke detectors can run out of juice in 10 years, but should be checked regularly.

The Fire Marshal’s Office can help inspect and install smoke detectors in homes. Call (505) 764-6300 to ask if appointments are available.