AFR warns of uptick in fires as colder weather approaches

ALBUQUERQUE, N.M. – According to Albuquerque Fire Rescue, there were around 400 fire callouts in November – many were for outdoor fires in trash cans or dumpsters.

“We’ve seen what seems to be like an uptick in fires in general," AFR spokesman Tom Ruiz said. "A few of those being related to winter type fires, so a few chimney fires, a few cooking-related fires. We see those every year."

AFR said the dumpster fires are either intentionally started or happen because people are disposing of the wrong materials. Either way, those may seem contained but it could still get out of control fast.

“We do know that there’s a homeless crisis in Albuquerque. So during the winter months when it does get cold, the homeless population have started fires to keep themselves warm," Ruiz said. "That’s really what it’s about, is staying warm for those folks who aren’t able to get out to the West Side homeless shelter."

KOB 4 has reported on several of those types of fires in the last year.

“We respond to a significant amount of those fires on a daily basis in town and we just try to keep those people as safe as possible,” Ruiz said.

Ruiz said their goal is to make sure everyone is safe and get those experiencing homeless the resources they need, but there’s not much more they can do. He said there’s a difference between an intentional fire and an unintentional one.

“If they are in an uninhabited structure and they start a fire to stay warm, yes, the start of that fire was intentional but it wasn’t intentional to perhaps burn that home or business down," Ruiz said.

Ruiz said it’s likely those fire calls could increase as it gets colder. 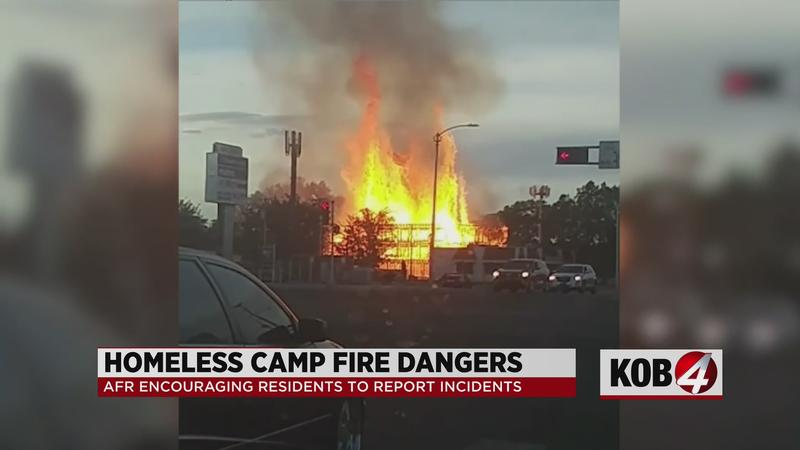