ALBUQUERQUE, N.M. — Albuquerque Fire Rescue crews were dispatched Friday afternoon to an apartment building on Pennsylvania Street, east of the state fairgrounds. There was a fire in a second-story apartment.

When AFR arrived, all tenants had already evacuated the structure. A 40-year-old woman with burn injuries was taken to UNM Hospital, and a 3-year-old child was evaluated by AFR for minor burns but remained with family.

Crews were able to quickly extinguish the fire. One apartment had significant fire damage, and two other apartments suffered water damage. The cause of the fire is still under investigation.

Officials with AFR said people in four units at that complex will require alternate housing by either the property owner of the American Red Cross. 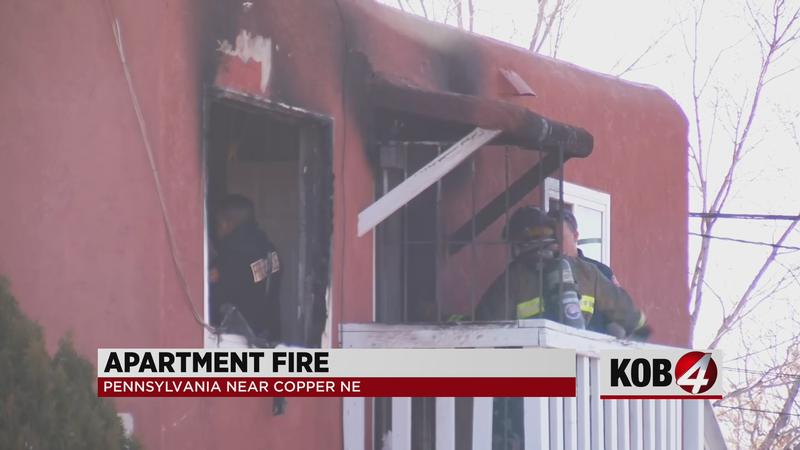