AFR Lt. Tom Ruiz said a woman was trapped on an apartment balcony as flames tore through the roof and blocked all other exits.

"Her life was in danger," Ruiz said. "There was no doubt about it that they needed to act decisively and quickly to be able to rescue her from the balcony to be able to essentially save her life, and that’s what they did."

Firefighters reportedly had to run a ladder around the burning building to get the woman to safety. She was taken to the hospital, but Ruiz said she was in good shape.

He said the rescue was impressive, considering there was no battalion chief at the apartment at first – putting a lot more pressure on the first responders who knew people’s lives were in danger. 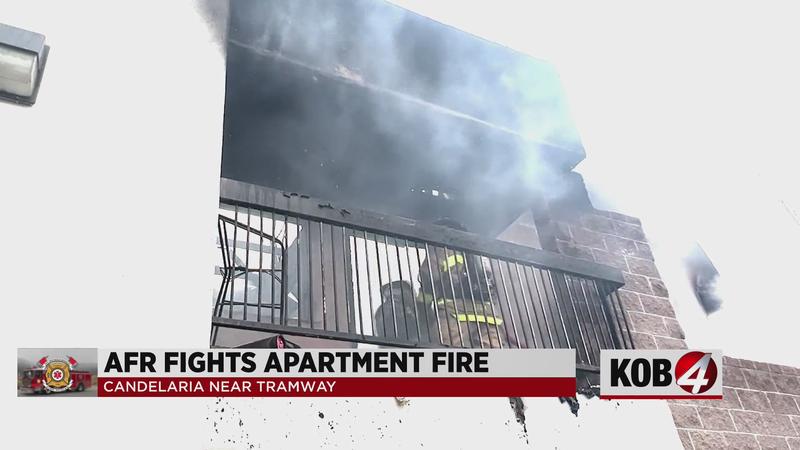 "The countless days and hours and years that go into making a rescue like this happen is not something that happens every day," Ruiz said. "So when it does happen, it needs to be commended."

AFR said the fire impacted four apartments. The Red Cross will help with shelter if those tenants don’t have any other options.

Fortunately, no one else was injured. Officials are still investigating what caused the fire.