After attempted carjacking, Albuquerque man is thankful to be alive

ALBUQUERQUE, N.M. – Benito Gonzales said he was just driving home from work like he does every day and that’s when an alleged homicide suspect literally ran into the side of his car.

Dents and scratches on Gonzales’ passenger door show where the suspect hit his rifle against the truck. The suspect was fleeing from police. Gonzales said the suspect was trying to get into his car and when they raised their rifle — that is when officers opened fire and shot the suspect.

APD said officers were trying to take the suspect in on a parole violation – because he is believed to be involved in a homicide from last month. When officers approached the suspect near the intersection of Gibson and Broadway blvd. — he took off– leading up to running into Gonzales’s truck.

Police adds– the suspect has a long criminal history of carjacking and –as mentioned –may be a suspect in a current homicide investigation.

The suspect was taken to the hospital for his injuries– KOB 4 reached out to APD for an update on the suspect’s condition — and we have not heard back from them at this time. 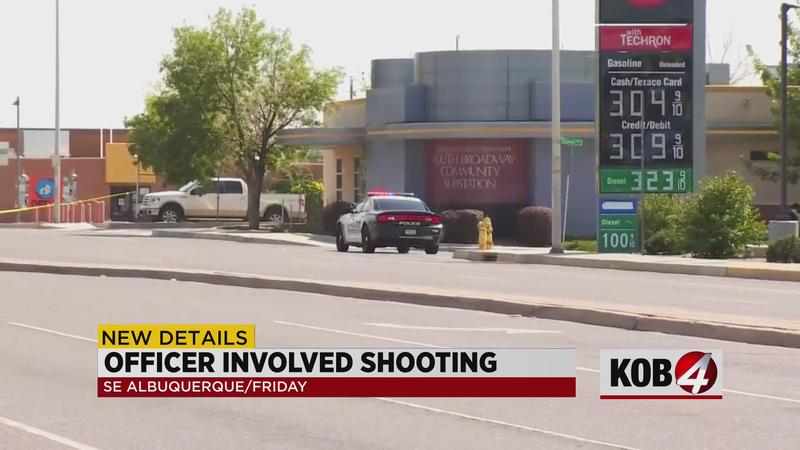