"I’m a fan of Angry Birds, I just think they can do a better job in not stalking the children of New Mexico as the kids engage these games,” said Balderas.

That data is reportedly then going to marketing companies for profit.

"Technology companies are not allowed to gather sensitive information pertaining to children under the age of 13, and we believe that this company has not only been gathering information, but they have been doing this without the legal consent of parents and more importantly they have been profiting off this very important data,” Balderas said.

Which goes against the children’s online privacy protection act, but what has Balderas more concerned is these companies are able to gather children’s names and even where they live.

"Once this application opens, it opens portals to other sensitive information, even potentially the location of a child in your particular neighborhood."

Similar lawsuits are happening across the country to stop this from going any further. 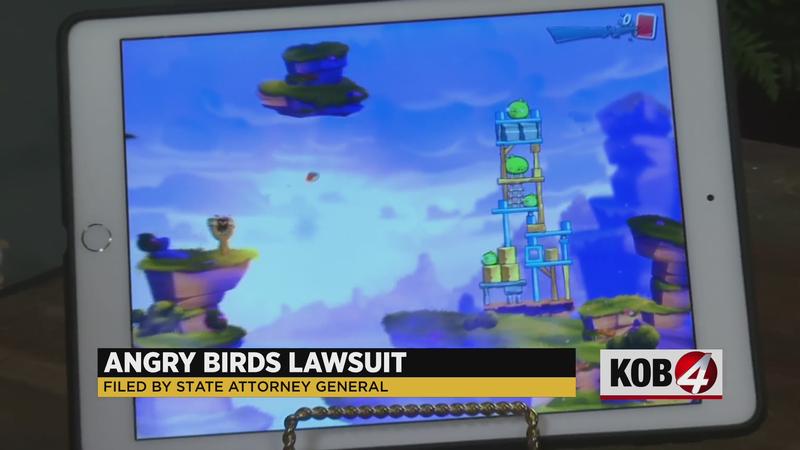