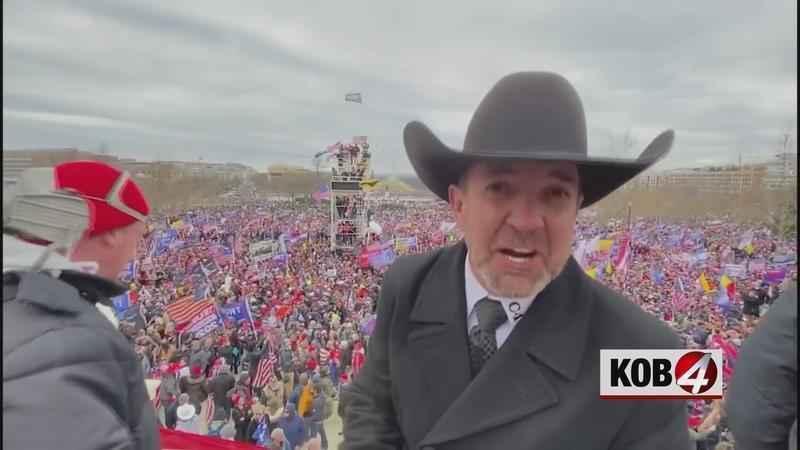 ALBUQUERQUE, N.M. — Couy Griffin, Otero County commissioner and Cowboys for Trump founder, is now facing a misdemeanor charge for a violation of the Campaign Reporting Act.

Griffin was ordered by the Secretary of State to register his organization, Cowboys for Trump, as a political action committee, in accordance with state law. The organization attempted to challenge the law, claiming that the SOS could not order them to comply. In February, the 10th Circuit Court of Appeals rejected the challenge, leaving the SOS’s order in effect.

To date, Griffin has still not complied with the orders from the SOS or with an order from the First Judicial District Court to register, file the required reports, and pay the statutory fine.

“We live in a nation that ensures that no elected official is above the law,” said Attorney General Balderas. “Citizens have the right to expect reporting and disclosure transparency from all elected officials.”

Griffin is currently en route to Washington, D.C. to stand trial for his role in the Jan. 6 riot.