ALBUQUERQUE, N.M.- It’s more than just passenger planes taking off at the Sunport.

John Gould, the president of the 10 Tanker Air Carrier, and his team are getting ready for what could be a long fire season in New Mexico.

Gould was a Wildland firefighter for nearly four decades before joining the 10 Tanker team, and says there’s no question that wildfires are worsening. 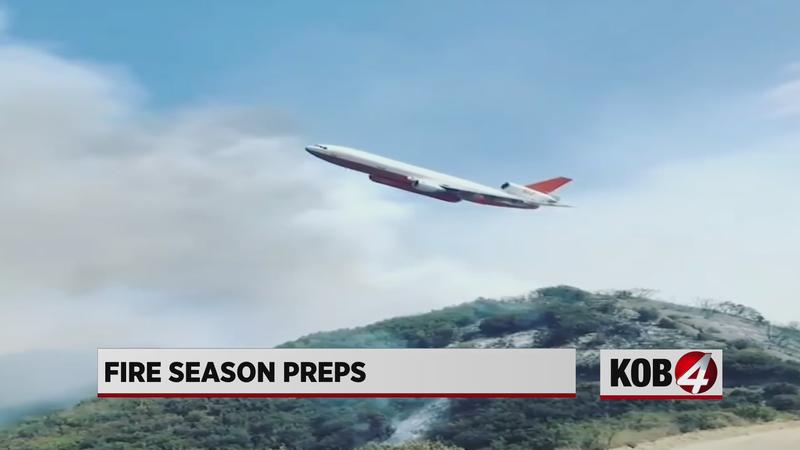 Gould and his team are conducting mandatory training out of the Sunport.

The company has a partnership with the Laguna Pueblo. They practice flying and dump about 90,000 pounds of water on pueblo land.

"In the mid 80’s, you know, the typical airplane went out for three to four months," Hopf said. "We’re out from anywhere from 8 to 12 months."

And while they say it’s nearly impossible to predict exactly how severe – or where the fire season will be the worst – they say deepening drought conditions will likely keep them busy.