They had been up since June 2020, after the riots following a social injustice rally.

Despite the boards coming down, the owner of the club, Gerald Zamora, said it isn’t a sign that things are getting back to normal.

Zamora said he received a letter from the city that said the boards violate city code, and had to be taken down.

"As we leave ourselves wide open to who knows what, that we can’t afford right now," he said. "I mean who knows, maybe the next time someone breaks a window or vandalizes it. It puts us over the top, and it means that we no longer have the money for reopening." 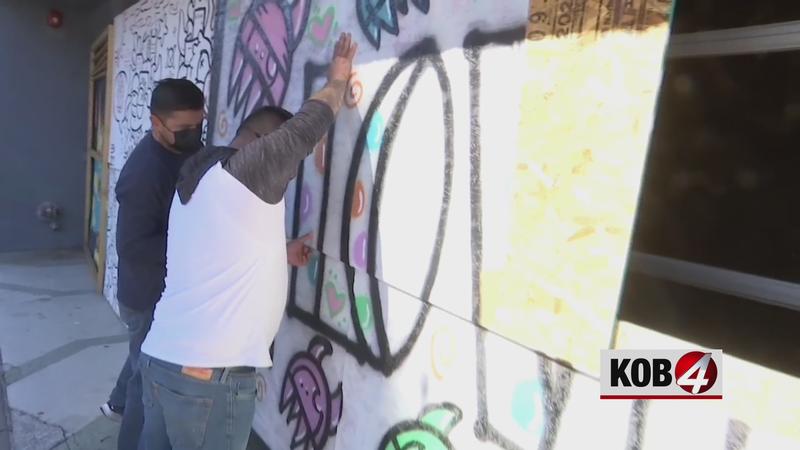 The city actually helped businesses put the boards up after the riots.

A spokesperson for the city said it’s trying to get downtown ready to reopen.

But Zamora points out that he can’t reopen under the current restrictions.

"Having those boards there gives me that peace of mind that at least there is one layer of protection in there," he said. "Besides that, it also kind of helps with our insurance premiums right now."

A spokesperson for the city, said officials tried to meet with businesses owners to explain the changes. However, some people, who they could not contact, received a letter.

“The ongoing pandemic has been a burden to every business in Albuquerque. But the threat of widespread local damage from protests across the political spectrum has not materialized here like it did in other places. After windows were broken on one night last year, the City made an exception for businesses to board windows up and reimbursed businesses for the cost of repairs.”

“Now, as we approach Green and Turquoise status, we are reaching out in person to start working with businesses and help them get back up to speed with building codes for a beautiful downtown. Businesses we couldn’t reach in person were sent this letter, which stresses our hope that we can all work together to get back open quickly and safely and even offers an extension to any business that needs one. All any business owner needs to do is call us, and we’ll work with them." — City of Albuquerque Planning Director Brennan Williams.