Albuquerque chef shares tips on how to transform Thanksgiving leftovers

ALBUQUERQUE, N.M. – Figuring out what to do with Thanksgiving leftovers is as much of a holiday tradition as the turkey and stuffing stored as leftovers – and an executive chef in Albuquerque has some ideas on how to utilize leftovers that are inspired by her labor of love.

"I love cooking. it brings people together," said Bobbi Wilson, the executive chef at Bobbi’s Homestyle Cooking in Albuquerque. "It is a comfort to the soul. it’s a type of comfort that you can’t get from anything else."

Wilson has prepared various dishes for her catering company, with an audience at home willing to test out and indulge in her creations.

"I have a family of all boys, husband and I wanted to keep them at home," Wilson said, "so Sunday dinners were always very and still are important."

So what ideas does Wilson suggest for using Thanksgiving leftovers? 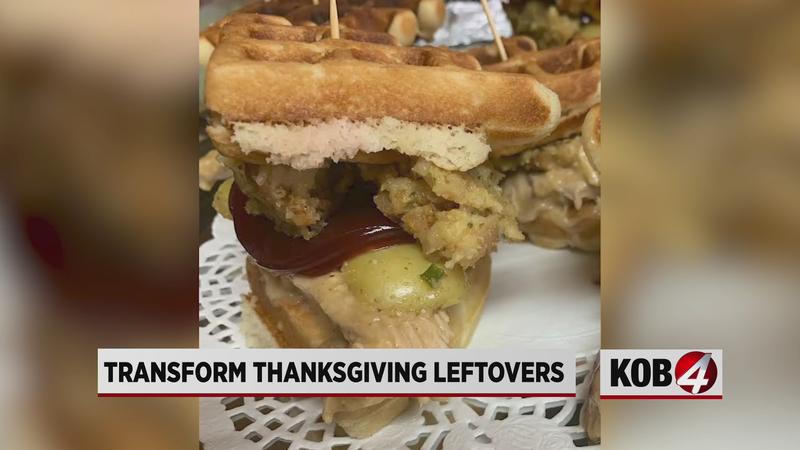 "There are a lot of different ideas out there," Wilson said. "You’ve got to be willing to step out of the box."

"Other than a turkey, we put in our vegetables and so if you have leftover broccoli, you can use broccoli," Wilson said. "It doesn’t always have to be peas and carrots."

If you love breakfast and you love sandwiches, consider combining the best of both worlds.

"They’re thick homemade Belgian waffle bites," Wilson said, "and so one is layered with tender turkey, smothered gravy and potatoes."

Bottom line is, you can create your own rules as you recreate leftovers and create a new holiday tradition with friends and family.