ALBUQUERQUE, N.M. — In the heart of Barelas, the Sacred Heart Catholic Church memorializes 9/11 every day.

Two of the steel beams that used to hold up the World Trade Center are now pillars of a community that came together after the attacks.

Shortly after 9/11, the pastor of the Sacred Heart Catholic Church wrote to the mayor of New York City asking for the beams. The pastor at that time explained the church had recently discovered one of its bells that had been lost for decades and the Barelas community wanted to build a new bell tower in memory of the men, women and children who lost their lives on that day.

"The mayor said, I love your story, we are going to give you two full-size beams for your church, but you have to pick them up by Saturday and we said, how will we do that?" said Deacon Robert Vigil. "The message had gone viral and so we got a call from a trucker from California who called us early Tuesday morning and said, I heard about your story and I’ll donate my truck and meet you at Ground Zero Friday night. I will haul those at no cost to your parish."

The community raised the money, local businesses donated labor and materials, and with time the chapel and bell tower were added to the sanctuary. 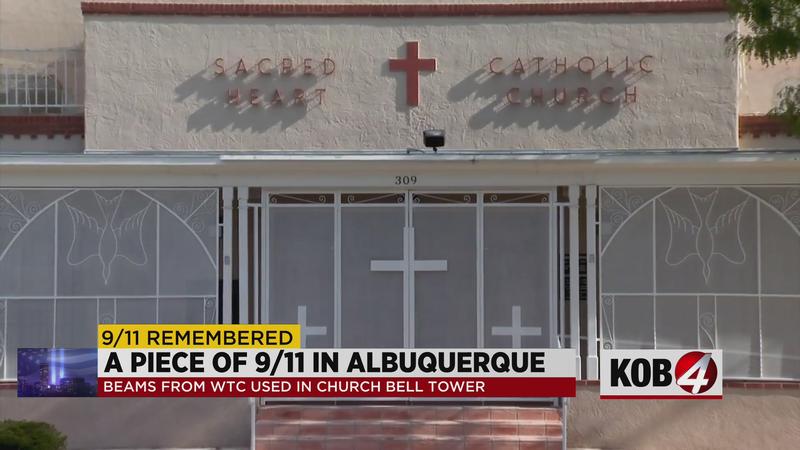 Since then, thousands from all over the world have visited the Sacred Heart church to touch the beams, to pray for the victims and their families and to remember. The beams serve as a tangible reminder of the destruction and the loss, but also of the resiliency of the community and country.