“When we first proposed bringing mobile speed enforcement to Albuquerque, we knew it could reduce harmful crashes and lift a burden on our APD officers, allowing them to focus on violent crime. What we learned over the course of community input meetings and surveys is that residents are more than ready to implement this program as well,” Mayor Tim Keller said. “I want to thank the city councilors for having our backs this evening and passing this legislation.”

Pat Davis was the only city councilor who voted against the ordinance.

The council passed a new version of the ordinance that goes into more detail on enforcement. They also passed an amendment that would allow folks to opt for community service instead of paying a $100 fine.

KOB 4 talked to a co-sponsor of the ordinance Monday, Brook Bassan, who said as long as the city is short on police officers, the city needs to come up with other ways to curb speeding. 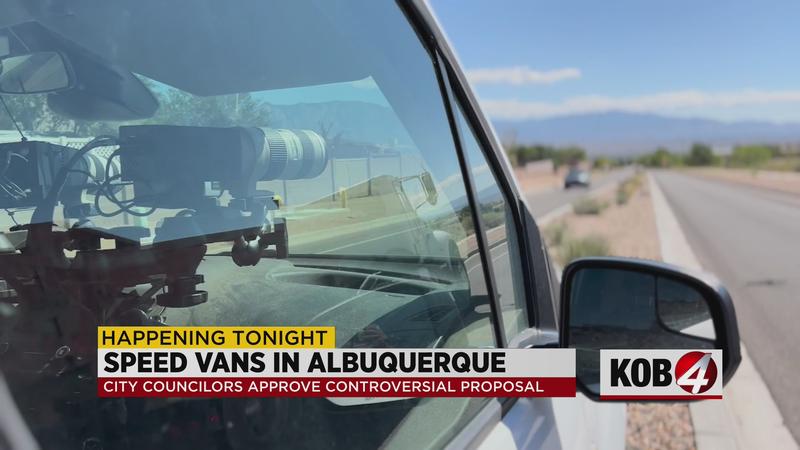 "We have to come up with another way to make sure we address excessive speeding in Albuquerque, and, to me, this is going to be the next best thing at this point in time," Bassan said.

Now that the ordinance has passed, the city will have to move forward through the request for proposal process to select a vendor. A rules committee will now be working to fine-tune the details of the ordinance – figuring out how many miles over the speed limit would generate a ticket. It could be a while before the speed vans actually hit the streets.