ALBUQUERQUE, N.M. – A five-page document reestablishes Albuquerque city council’s commitment to bringing crime solutions to the table. It starts with openly mentioning the city’s current issues, like the revolving door for criminal offenders and potential issues with pretrial release.

"The city quite frankly has some serious crime issues and APD is struggling hard,” said Attorney Calos Pacheco, who sat in on Wednesday’s city council meeting.

The document, passed by all nine council members, also asks for action. It urges resources to be dedicated to 24/7 monitoring of criminals on GPS ankle monitors.

It also asks for resources specifically dedicated to reforming and closing loopholes in the system. There are also mentions of prosecuting gun violence suspects to the fullest extent of the law.

"It’s aligning itself with pushing for legislation and the partnerships with the prosecutors,” said Commander Roger Legendre, from APD. “Such as going to strengthen gun crime penalties and detain gun offenders until trial."

A number of new faces will take over seats on city council next year to see these items through, like Louie Sanchez and Dan Lewis.

"I’d like to see some exit interviews in reference to these officers that are leaving,” said Sanchez, district one elect. “I’d like to make sure we are doing the right things to try to keep these officers in order to grow the department."

Lewis said fixing issues will all come down to leadership.

"We have more money than we’ve ever had before so it’s not about revenue,” said Lewis, district five elect. “It’s about good leadership and making good choices. We need to support our police officers."

City council will send copies of this document to a number of county and state department leaders, like the office of the New Mexico attorney general, and the chief of the state police department.

You can read the full document here. 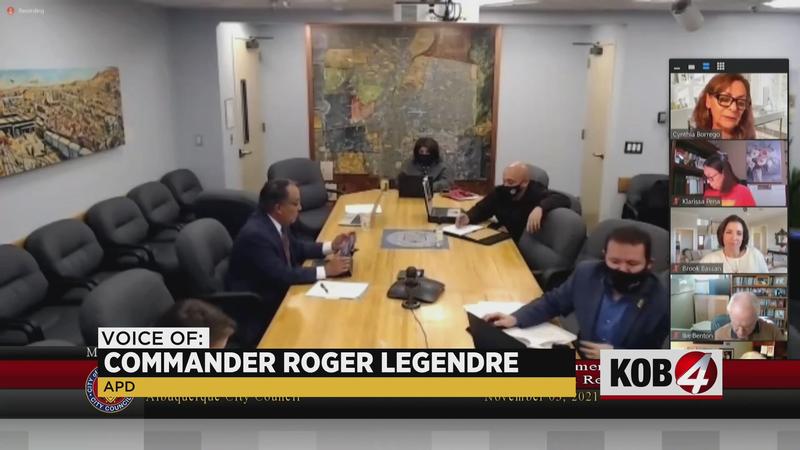