The proposal, which needed 7 votes to pass, was voted down in a 5-4 decision.

The councilors were split before the vote occurred.

Albuquerque city councilors Brooke Bassan and Klarissa Peña are sponsoring the proposal, hoping to get some projects off the ground around the city.

“Investing in a multi-generational center, even though it’s not in District 1, having it on the West Side is critical and important. Having the West Side public safety corridor is important but this bond package is the first bond package that actually invests in amounts the westside has not seen in many, many years,” Sena said.

However, some are asking councilors to pump the brakes and wait until several new council members take office in January, including councilor Sena’s replacement, councilor-elect Louie Sanchez.

Sanchez believes because Sena was appointed, not elected, he should get a seat at the table for the remainder of her term.

"It’s very, very obvious that I should be the elected official right now,” said Sanchez.

Sena said until her term is over, she will represent District 1 as best as she can – and she believes this bond package will do that.

“I want to really stress the point that the district has suffered immensely once councilor Sanchez passed away. I filled his vacancy knowing that in between from when he passed to really the district got to have that representation. We lost out in critical investments and in dollars and projects as well. I’m not going to certainly let that happen again.”

If passed, the proposal would’ve allocated the $110 million as follows: 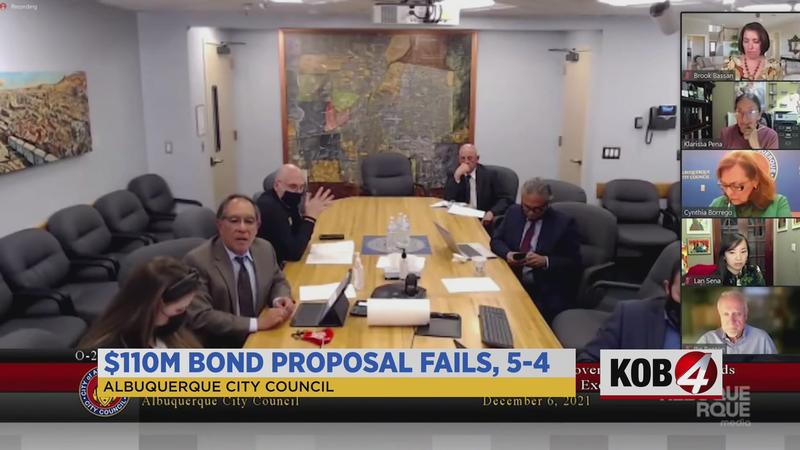