Four people drowned within just over a week in July.

"It breaks my heart," said Summer Vigil, who regularly walks on the trails along the arroyos. "We lost a lot of people to a situation that doesn’t have to be the way it is."

Vigil said she’s seen numerous people in arroyos trying to cool their feet off or get themselves cleaned up. KOB 4 cameras caught people sitting in an arroyo, taking a shortcut, or even riding an ATV.

District 5 Albuquerque City Councilor Cynthia Borrego is planning on introducing a bill to her fellow council members Monday, calling for the city’s Ditch & Water Safety Task Force to conduct a study on arroyos and irrigation canals. 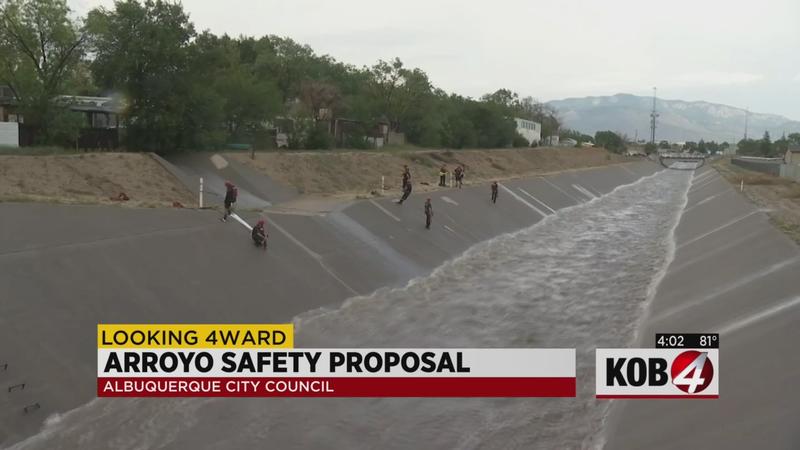 "The agencies that deal with these issues on a regular basis, like AMAFCA and NMDOT and the city and the county, they’re constantly moving people," Borrego said. "People are moving around the arroyos. It’s really hard to keep up."

Borrego said the study could pinpoint areas of heavy foot traffic and what life-saving procedures, patrolling and early warning systems are needed. It would also offer resources to people experiencing homelessness.

"One life is too many to lose, but the problem that we’re having is the homeless are setting up permanent housing in the area," Borrego said.

The study could start immediately if the city council gives it the green light, but the study could take about six months to finish.

Borrego said it could cost more than $4 million for the study’s suggested improvements.