ALBUQUERQUE, N.M.- The Albuquerque City Council is considering adding new policies that would be put in place when a new temporary police chief is needed.

"This substitute resolution will end up creating a policy saying that APID needs to have their own policy created to (address) what happens if a police chief ends up incapacitated or ends up leaving for whatever reason," said councilor Brook Bassan. "Sort of evidenced by what happened this last year but not necessarily only because of that.”

Bassan says there’s no rule laying out what happens when a chief quits or is let go.

"It was discovered that there’s not a policy requirement per se, and the office of police chief is super important here and anywhere so several of us found it important to make sure there’s something on the books to put that technicality in writing," she said. 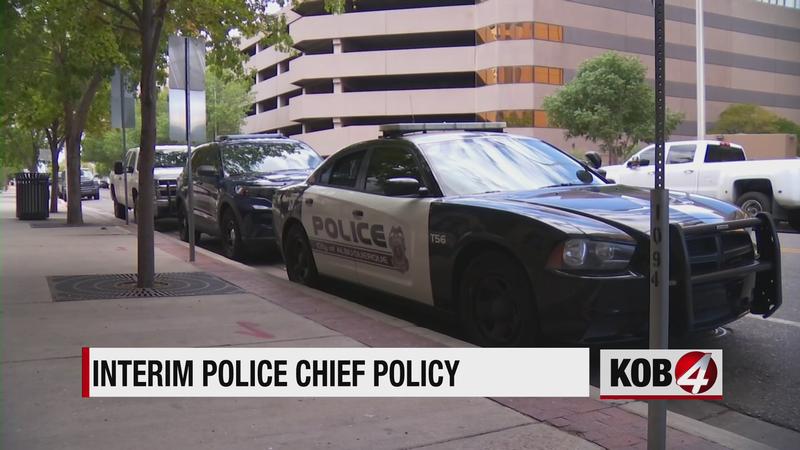 Bassan also wants the mayor’s office to update councilors on the search if it goes past a certain amount of days.

"This would make it a mandatory communication at 45 days, and if there’s still no selection by 135, then there should be another communication that comes to the city council from the mayor’s office that explains where the search is happening, who is being contacted," Bassan said.

The city council will vote on the changes Feb. 17.