ALBUQUERQUE, N.M.- The fight to allow Albuquerque students to play sports could be headed for a courtroom.

APS is currently not allowed to participate in NMAA-sanctioned events because the district does not offer hybrid learning, which is a state requirement for sports participation in New Mexico.

APS coaches are soliciting funds that would go toward filing for an injunction.

Dr. David Peercy, president of the APS Board of Education, said he would prefer the state allow students to play, rather than threats of legal action. 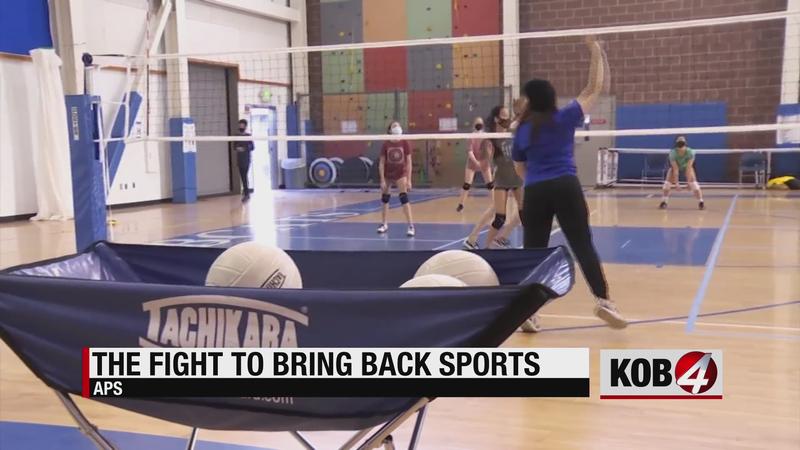 Steven Archibeque, volleyball coach at La Cueva High School, said he hopes APS and the governor can find a path to play, but if not, he and others are preparing legal action against the state.

The GoFundMe account is aiming to raise $30,000 for the legal fight.

"I’m all for whatever we need to do, but you know, I’m a big supporter of the NMPED," Peercy said. "They’re working hard to try and make this work. I’m a supporter of the governor. We are supporting of the governor. We just need to collaborate in this. We don’t need a, ‘if they get a lawsuit what do you think is going to happen?’ How long is it going to take? Well you got to file it, and you have to do reviews, and then they got – it will be over with. It won’t work!"