ALBUQUERQUE, N.M. — An Albuquerque couple who lost their newborn son to a rare disease is trying to find a way to get back on their feet.

A recording of their son’s heartbeat, a lock of hair, handprints, and hundreds of photos are now all that’s left of baby Michael Jay Mansuy.

"He just always brightened up your day with that smile,” said Joshua Mansuy, Michael’s father.

That smile never faded from the seven-month-old’s face, who spent most of his life in UNM Hospital’s NICU.

"He was born with a congenital diaphragmatic hernia. It’s called CDH for short. It causes an opening between the abdominal cavity and the chest cavity. It causes the intestines and the liver to come up on either side and to rest on one of the lungs. For Michael, his was on the right side,” Joshua explained.

Michael’s liver was fused with his lung.

He was sent to a hospital in Colorado to have a special surgery to separate the organs, but he was faced with complications after it was done.

"He was without oxygen. They had to perform CPR for over 30 minutes,” Joshua said. "He was pronounced braindead from the CT scan."

That was supposed to be Michael’s final surgery. He died on June 5th.

"That’s my boy. He gave me more love than anyone could ever have had,” Joshua said.

"We didn’t even expect that he had this condition to begin with,” said Felicia Eustace, Michael’s mother. “It was like everything was fine and perfect and all of a sudden we get hit with this. And it was so unexpected—we weren’t prepared for this at all."

Joshua was placed on unpaid medical leave when his son was born and his wife Felicia was left unemployed as a result of the pandemic.

"We haven’t been making any money. We’ve been getting help from family and stuff like that, but right now it’s just to the point of paying for the funeral,” Joshua said. 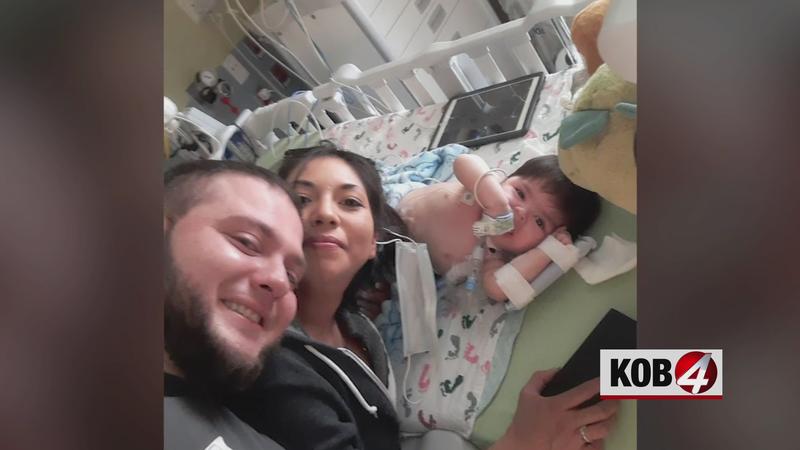