ALBUQUERQUE, N.M. – As the war in Ukraine continues to rage on and refugees flee the nation to surrounding countries — an Albuquerque doctor shares with KOB 4 his experience of helping refugees who started running when the invasion began.

Dr. Matthew Wilks saw firsthand the impact the war has had on everyday lives.

“I was on an airplane three days after the war started,” said Wilks.

Wilks has gone on disaster relief missions with the non-government organization Rubicon before – but in the past he wasn’t the first one on the ground.

“Well my first reaction was to the horror of what was going on in Ukraine so when I got a message from team Rubicon that they were sending a team, my immediate thought was I have time and I have the skill set to go. So I got to do something about this,” said Wilks

Initially, he landed in Poland to gather supplies and start organizing relief efforts. But the magnitude of this war didn’t hit until they headed to western Ukraine and saw lines of cars filled with refugees fleeing.

“As I became integrated in the health care that was going on I could see where all the refugees were it became very apparent there that there was an enormous amount of people coming across the boarder,” Wilks said.

Wilks worked setting up relief areas and he realized the refugees weren’t the only ones impacted by the war. .

“One of the people that I met really stands out a medical student I was working with and he was Polish but going to medical school in Ukraine and he had seven weeks left until graduating from medical school but his school closed when the war broke out,” he said.

“He was meeting with Parliament while we were there to figure out how to manage this, but I don’t think it is resolved yet,” said Wilks.

But the medical student continued to help out where he could and Wilks says its stories like this, that really put this war in perspective.

“I do think it is really important to understand that this is effecting everyone there, everyone’s daily life has been effected. So as you said this is individuals you wouldn’t otherwise think about and their lives have been disrupted so its important to meet those people and see what they are going through,” Wilks said. 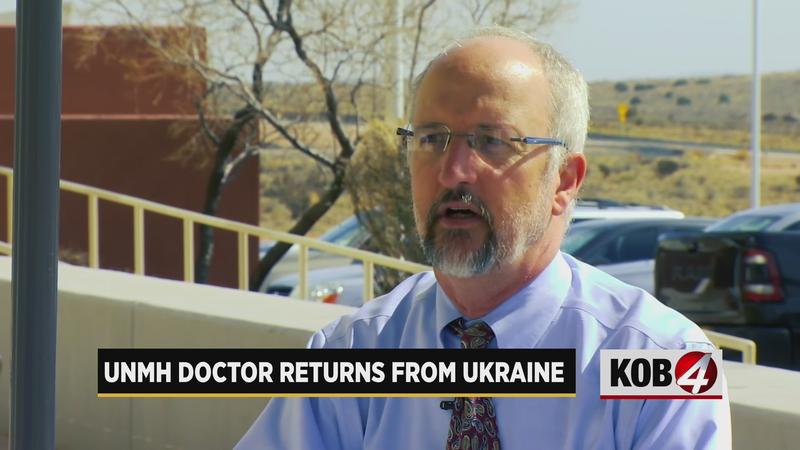