ALBUQUERQUE, N.M.- An Albuquerque nurse and her husband are thankful to be alive.

They say they were victims of road rage at Avenida Cesar Chavez and 8th Street after a man ran a red light and nearly hit them.

"He indicated he had a child with him in the car, so both me and my husband told him drive safer, especially if you have a child, and he proceeded to follow us down Avenida Cesar Chavez," said the woman, who did not want to be identified.

The family said the man eventually got out of his Pontiac Grand Am and started shooting at their car.

"Bullets went through the back windshield, luckily he didn’t hit us, but he was definitely aiming to kill," the woman said. 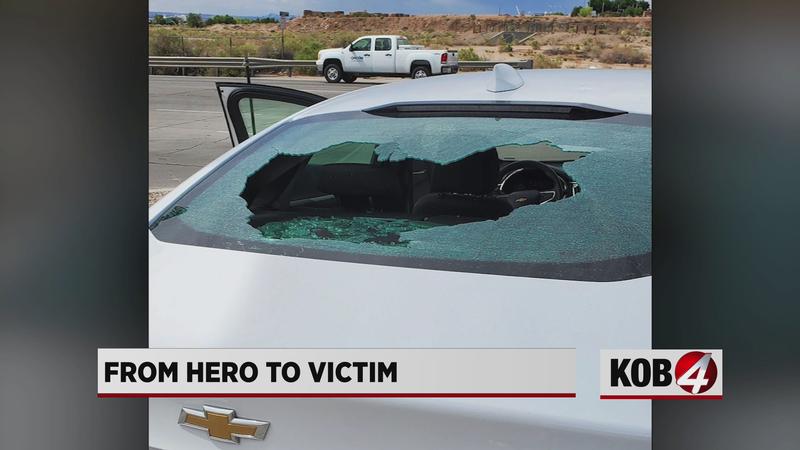 The woman is no stranger to gun violence. In 2019, she saved a man’s life after he was shot.

"For me to have saved somebody’s life because they were shot and then to get shot at, ya know, it’s just unbelievable. It’s very ironic," she said.

Now, she wants the suspect to be caught and the violence in Albuquerque to stop.

"We’re supposed to help each other, and what’s going on now in Albuquerque is not what we’re about," she said.