ALBUQUERQUE, N.M. — An Albuquerque family is warning people about a scam that targets people looking to make some extra cash.

Amelia Linde said it started with an ad for a secret shopper.

“She was just looking for a little something fun and interesting to do extra because she can’t do much else right now, like all of us, so she looked for gigs uh saw this one popped up,” Linde said.

Linde’s mom entered her name and address for the job. Two weeks later, a package arrived with a letter detailing an assignment.

“Suddenly there were a lot of red flags. And we realized she could have very easily been swept up in a scheme to lose hundreds if not thousands of dollars,” Linde said. 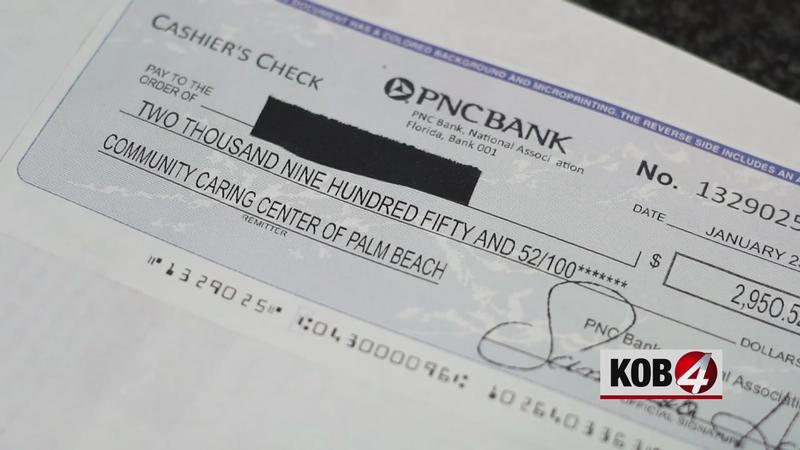 Linde said the contents of the package appeared legitimate at first.

“From the form where she signed up to receiving a certified FedEx package, you know, they had spent money to send it to us, and the forms came out lots of logos on it,” she said.

There was even a check written out to Linde’s mother.

“It said she’d be paid a commission of $450 if she went to several stores and purchased Nike gift cards in the different amounts of hundreds of dollars,” she said.

Linde said she looked up the scam online and discovered other people who noticed these red flags.

“What we learned through doing some more research online is that some of these gift cards can be turned back in and redeemed for cash. So, the way that this works is they send you the money in a cashier’s check. It looks like it clears your bank, you go out and buy and send them the gift cards, and then by the time you find out that the cashier’s check has bounced, they’ve already went off and validated the gift cards,” she said.

The Federal Trade Commission is warning people about these fake officers.

“The thieves are not above hurting people when they’re down during a pandemic,” Linde said.

The New Mexico Attorney General’s Office said they haven’t received complaints about this specific scam, but they did say the office deals with many cases involving gift cards.