ALBUQUERQUE, N.M. – Albuquerque is seeing the effects of an international supply chain crisis.

"We’ve had a few problems in the past few weeks,” said Juan Gonzales.

Gonzales owns Oaxacan Zapotec House in Old Town Albuquerque. The gift shop and art gallery contains several items, hand-woven by Gonzales and his family members. With wool shortages in Southern Mexico, he said they are struggling to get the supplies they need to continue.

"We’re trying, but I’ve had a couple bad experiences in the past few weeks because we had many of our boxes lost and we couldn’t recover them,” he said.

Gonzales said other shipments have been held for several weeks in customs at the U.S.-Mexico border.

"It feels really bad because we’re going through really difficult times like the pandemic,” he said. “We all need this income, and if we don’t have it, then it’s really hard. It hurts the whole business a lot."

Across Plaza Don Luis, Noisy Water Winery said it is dealing with glass shortages and issues with sourcing kegs for ciders.

"At one point we had a bunch of apples that we were going to make apple cider out of that just kind of got on a truck and were stuck in limbo for about three weeks, and they all went bad,” said bar tender Robert Eyster.

Local businesses are not the only ones feeling the effects of supply chain issues. Bernalillo County said it is also waiting for materials to make repairs after a recent vandalism incident.

"The boarded up windows will remain boarded up for probably another three to four months because the glass has been ordered, and it’s going to take a while for it to come in,” said Communications Director Tia Bland. "So as we know, no one gets anything quickly that’s an order right now. So we don’t really have a time frame for when everything will look brand new again."

"The beauty in not having to rely so heavily on manufactured goods is that your local maker or those small-batch companies are independently sourcing things or making them from scratch, so essentially we’re combating those issues because things aren’t stuck at port,” Coats said. 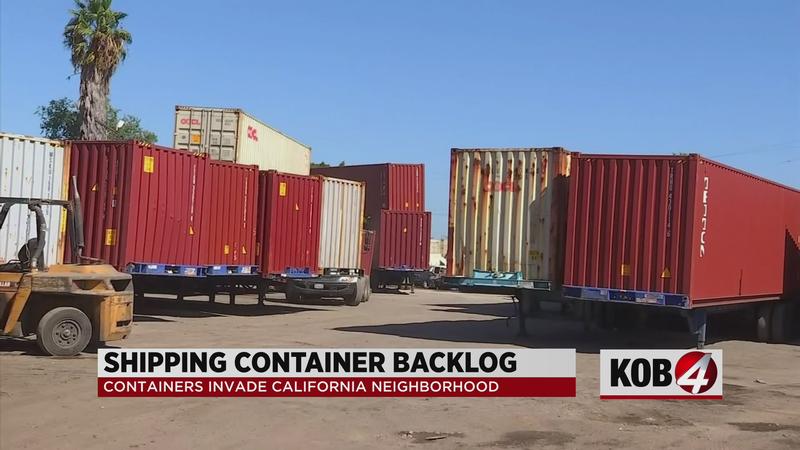