The District 1 councilor, who died last year, would have turned 65 years old Monday.

Members of the community gathered to remember all that Sanchez did for the city. He had worked as a councilor for 15 years, and before that, served on the Bernalillo County Commission for eight years.

"Ken had to be one of the most positive people I’ve ever met," Elaine Romero, a policy analyst for Sanchez, said. "He always found the silver lining so today you guys celebrate Ken and his life and his birthday today."

A plaque was also set in place to honor Sanchez’s legacy. 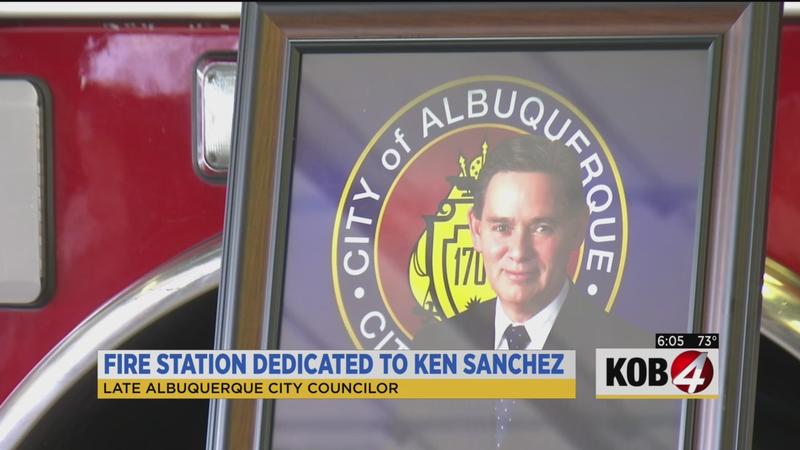 “I cannot think of a more appropriate tribute to my father, Ken Sanchez, as public safety was always so important to my him and he was beyond excited to open Fire Station 7 and ensure the safety of his community and first responders,” Jaclyn Sanchez said.