ALBUQUERQUE, N.M. – In Albuquerque, it takes about a week to sell a house these days, according to the latest tracking by the Greater Albuquerque Association of Realtors.

The Santa Fe social worker and mother of four spent months searching for a home large enough and affordable enough to move her family.

After renting for years, she saw the market almost dry up as landlords decided to sell rather than stay in the rental market.

The Santa Fe Association of Realtors reported the median home price in the first quarter of 2022 was $622,000. That eye-popping number came in alongside record-low inventory. In Albuquerque, the GAAR said $315,000 was the median detached home price in the same period. Far more affordable, but still an increase of about $100,000 in just two years.

"It’s like if the stars don’t align exactly right. It seems to be almost an impossible task for just regular folk who are working regular jobs,” Hadzic told KOB.

Every last dollar seemed to go to rent and utilities. The raises Hadzic got at work couldn’t keep up and saving for a down payment seemed a distant dream.

Musician Nacha Mendez, a fixture in Santa Fe since the ‘70s, can relate.

"I’ve worked two or three jobs just to live here," she said. "People who’ve been here all their lives, maybe, born and raised here are sort of pushed out."

Mendez has worked in radio, played music gigs, sold sculpture and lived in maybe 75 different rentals since she first moved to the artsy city. Finding a great home to rent used to be easy. No longer.

Both Mendez and Hadzic turned to Homewise, a company that works in Santa Fe and Albuquerque to make housing affordable by subsidizing buyers.

"Often when we’re looking at how to address affordable housing, we subsidize the buildings – which is important because we need affordable rentals – but the real wealth creation there goes to the owners of those buildings, right?" said Homewise’s Johanna Gilligan.

The company’s model includes down payment assistance, its own home development and carrying mortgages for borrowers, rolling some of the profits back into subsidies and other programs. By putting everyday New Mexicans into homeownership, it creates community wealth.

"It’s such a punishing rental market. The floor is so high, it’s really hard to find almost anything under $1,000 (a month) at this point," Gilligan said of the Santa Fe market.

As home prices climb, she said what used to be a signature problem of Santa Fe has become a feature of some places in Albuquerque and other New Mexico markets. Home prices in those communities have started to outpace the income of the people who live there.

"I think we need to be aggressive about getting out of the way, out of our own way, of building more housing," she said, noting that it’s not just pounding nails that takes time, but it’s become harder for builders to get approval to construct homes in neighborhoods that need price relief.

Nacha Mendez learned of her loan pre-approval last year in a call from her real estate broker.

"(She said) ‘Now you can go to town and start looking for a home.’” Mendez recalled. “And I have to tell you, it was kind of a nightmare."

After being outbid or outranked by a cash offer for home after home, she decided to keep renting, keep saving and keep waiting for a cooldown.

"It’s gonna probably break at some point. It has to,” she said.

Matilda Hadzic finally found a home under construction. After waiting month by month, she moved in two days before Christmas. She said she didn’t realize how much energy she’d been putting into finding a home.

"I don’t think so until I got here,” she said, breathing in deeply and then exhaling. “That’s when I felt that relief just like. It was like a physical release." 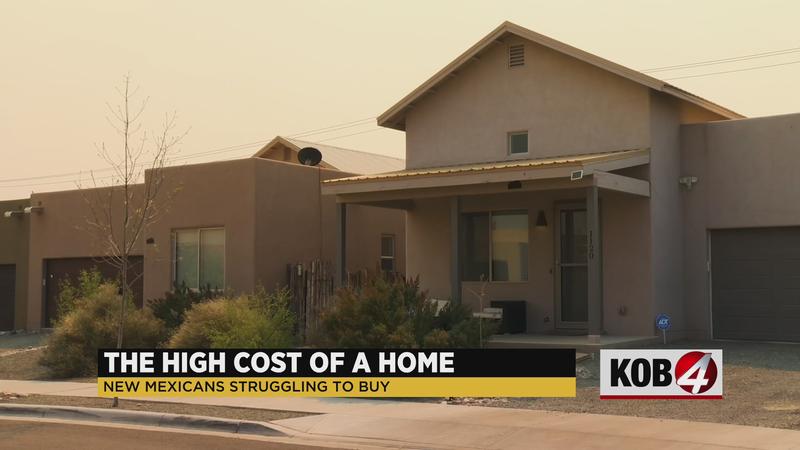