ALBUQUERQUE, N.M. – Police have arrested a suspect in a weekend homicide.

According to a criminal complaint, 21-year-old Francisco Espinoza Almeida Jr. barged into a home where his ex-girlfriend was staying near Sunset Gardens Road and Old Coors in southwest Albuquerque. Then he shot a man she was with multiple times, killing him.

Police officers were dispatched to the home near Sunset Gardens Road and Old Coors after a 911 call. It was the second homicide investigation launched Saturday by Albuquerque police. 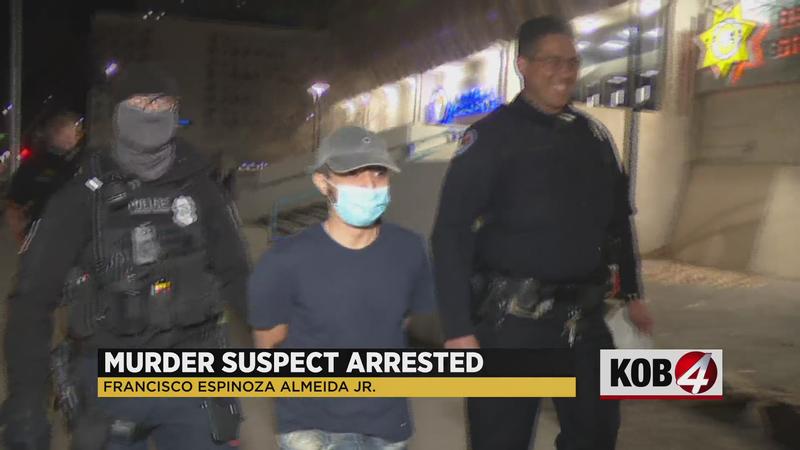