ALBUQUERQUE, N.M.- I Scream Ice Cream on Carlisle was the victim of crime– again.

"This was all shattered up, top and this down here," said Will Warren, who owns the shop with this father, Bill. "Shattered even worse with a 22 bullet hole right in the middle of the window."

Friday morning, they found their cash resister on the floor. However, no money was taken.

The total damage is estimated at a couple thousand dollars.

"I don’t know who’s coming after us, it’s a little worrisome for my father, my mother, the shop," Will said. "I can deal with a break-in ’cause I’ve seen it before, but that bullet hole really freaked me out." 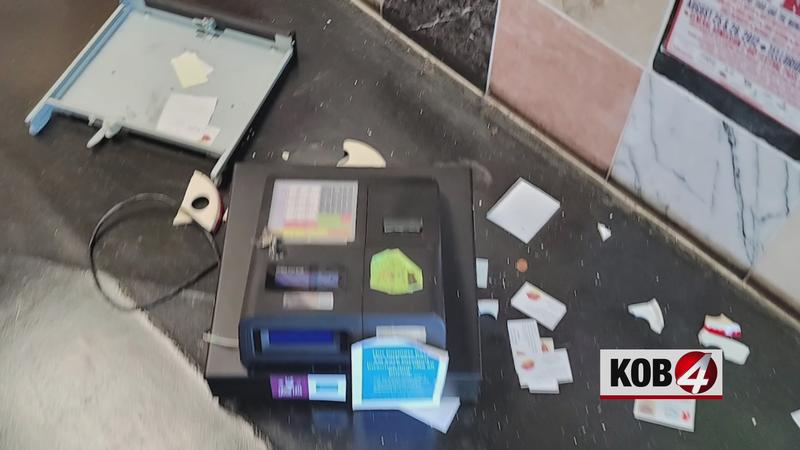 The father and son are now questioning whether lawmakers are doing anything to prevent crime.

"It’s unfortunate we are not responding to the community, the community is very upset and crime is at the front," he said. "When I go and talk to my constituents, they don’t feel safe."

Rehm said he introduced a crime package during the legislative session. His bills targeted repeat offenders.

"They are getting slaps on their wrists, these criminals, are and there’s no repercussions," Will said.

The bills were tabled during the legislative session.