Airline representatives say the pandemic was a big reason why they picked Albuquerque.

"What we’ve seen coming out of the pandemic is that people want to travel to these gateways to the great outdoors, these are highly desirable, and I think we’ll see a lot more people coming in and enjoying the community and exploring,” said Spirit Airlines Director of Communications Erik Hofmeyer.

Airline representatives say the expansion will open up at least 25 jobs at the Sunport. They also said Spirit could add more destinations from the Sunport in the future.

Sunport leaders say this will be the first domestic airline to expand to Albuquerque since 2016. It’s a good sign for the airport, which is still recovering from the pandemic.

“We’re still trying to make up for what we lost during COVID. So in that respect, we’re really just trying to get back to where we were, and essentially, really exceed that as well,” said Stephanie Kitts, Sunport spokesperson.

Spirit Airlines’ announcement marks the third new route added to the Sunport in 2022, and the second airline to launch a new service to Las Vegas. Sunport leaders say these expansions will hopefully bring more passengers to Albuquerque.

“I think for a lot of folks, it’s [Albuquerque] one of those sort of afterthought destination,” said Kitts. “But I think bringing in these new airlines, new destinations, hopefully, people will start to see Albuquerque and New Mexico as the place that they want to visit." 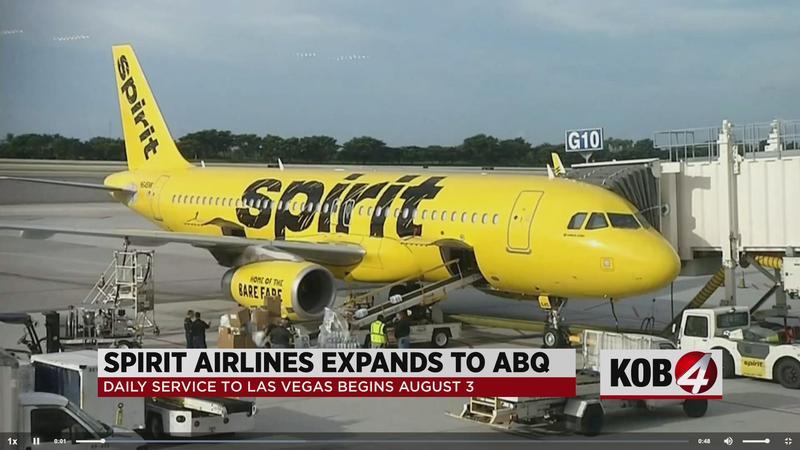