Albuquerque jump rope team pushing to get sport in the Olympics

ALBUQUERQUE, N.M.- A jump rope team from Albuquerque is pushing to turn the playground activity into an Olympic sport.

The Albuquerque Air Jump Rope is now practicing together after about a year apart.

"It was kind of weird, not going to jump practices or helping or seeing everyone," said Sasha Hanson, who is in 7th grade.

Some of Sasha’s team members have qualified for the U.S. national jump rope team.

"My best events would probably be speed events, so that would be with wire ropes," Charlee Roerig said. "You’re going as fast as you possibly can." 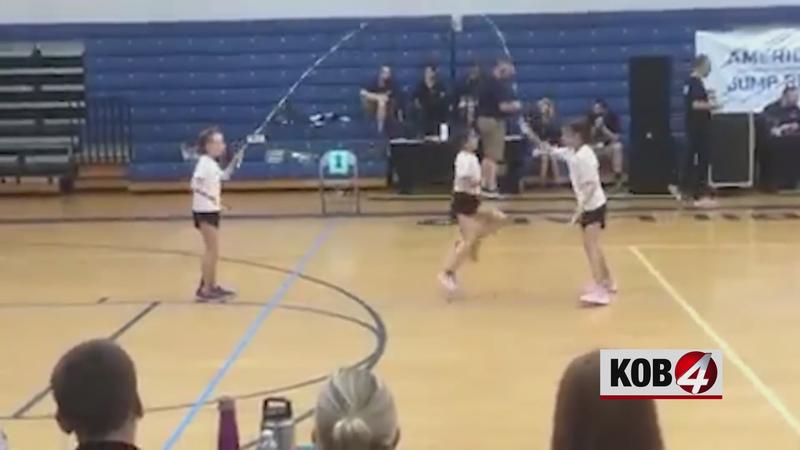 Charlee is one of the team members behind the push to get jump roping in the Olympics.

"It is a sport. I think a lot of the times it’s underestimated because people have that understanding of like, oh, a playground sport you’re doing dances in stuff in the ropes, but it truly is a sport like the people jump roping are amazing athletes," she said.

Until it becomes an Olympic sport, the group will continue practicing their skills together.