ALBUQUERQUE, N.M.- An Albuquerque mailman is facing backlash after he allegedly posted videos on TikTok making fun of women and apparent drug addicts.

The user, WarzoneChronicles, deleted the videos on Friday after KOB 4 reached out to the United States Postal Service.

It’s unclear who the mailman is, however, his reflection and vehicle’s reflection can be seen in multiple videos.

“These actions – if true – are not consistent with and don’t represent the values of the Postal Service organization and will not be tolerated,” said Rod Spurgeon, a USPS spokesperson.

“You can be assured that this alleged incident will be fully investigated and that the Postal Service will take whatever action is appropriate,” he added. 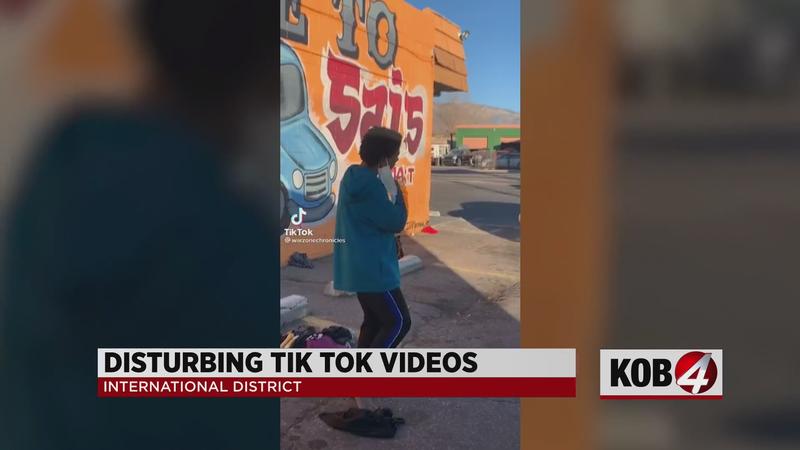 The videos showed women falling out of their clothes and struggling to walk. The others show people going through some kind of medical episode or sleeping on the sidewalk.

Community members told KOB 4 the videos could cause more problems for the area.

Street Safe New Mexico, a local nonprofit that helps women living on the streets, said they know at least one of the women in the video.

“The videos on TikTok were disturbing,” said Christine Barber, the group’s executive director.

“The video shows there is already a culture that supports looking at people on the street and saying ‘that’s laugh at them’ and then laughter turns into cruelty and cruelty turns deadly,” she added.

Others worry about the stereotypes the videos portrays.

“When they’re allowed to make disparaging comments or make fun of our community, it allows for the continued disinvestment that perpetuates these kinds of conditions,” said Reyna Luz Juarez, a community organizer in the International District.

KOB 4 reached out to the area’s elected leaders, City Councilor Pat Davis and County Commissioner Adriann Barboa. Neither of them wanted to comment on the videos.

Mayor Tim Keller also didn’t provide a reaction when asked. However, a spokesperson for the city sent the following statement:

Most of us will need support at some time in our lives and Family and Community Services provides a safety net when that happens. Each and every member of our community is important and our team stands ready to offer compassion, support and connection to services when the need arises. Anyone who lacks access to services, such as food and basic necessities, mental health resources, shelter, housing or rental assistance, can reach out via 311 or learn more by visiting cabq.gov/family.