ALBUQUERQUE, N.M. – There’s been a major breakthrough in a case that has puzzled local detectives for decades. Police have arrested Edward Gilbert Duran – a man they believe is a serial rapist.

Law enforcement used family tree databases and genealogy to connect Duran’s DNA back to a 1997 crime scene. And more records show that was far from his first offense.

"This is a good day for us in law enforcement,” said Bernalillo County District Attorney Raúl Torrez.

Duran is accused of raping a woman in 1997. Torrez believes he could also be connected to at least seven other sexual assaults in Albuquerque in the ‘90s.

A woman said he broke into her northeast Albuquerque apartment, held her at knifepoint while he assaulted her, and then made her shower immediately following the crime.

Duran had already been convicted of rape in 1979 and 1989. He served six months each time.

"When that occurred, the science of DNA was not even around, if it was in its infancy, it certainly wasn’t being regularly used by law enforcement,” Torrez said.

But that has changed. Special agents used family tree DNA databases to try to find relatives of the unknown DNA taken from the victim’s body back in 1997.

"Usually forensic genealogy will narrow the range of suspects to a particular person or group of individuals within a family line and then it comes back to our office to then conduct additional investigative work,” Torrez said.

In this case, law enforcement collected a used fork of Duran’s from an Albuquerque restaurant. The DNA from it matched the evidence from 24 years earlier.

The 1997 victim’s sexual assault kit was one of thousands that sat, untested, in the state crime lab for years.

A federal grant in 2016 allowed the state to clear that backlog, but that’s far from the end of the process.

"We always knew when we started this that there was gonna be a series of backlogs. So we’ve tested the kits at the crime lab – that backlog is solved. But now the backlog has moved to law enforcement, the investigation. In time, the backlog will be on the courts,” said Connie Monahan, the executive director of Albuquerque Sexual Assault Nurse Examiners Collaborative.

This is a challenge they’re all willing to tackle.

"We’re just getting started, we haven’t forgotten you, and we’re not gonna stop until we find justice for everyone,” Torrez said.

The same federal grant that allowed the state to clear the sexual assault kit backlog has allowed the DA’s office to hire an investigator, and a few advocates and prosecutors to deal with the unsolved cases. 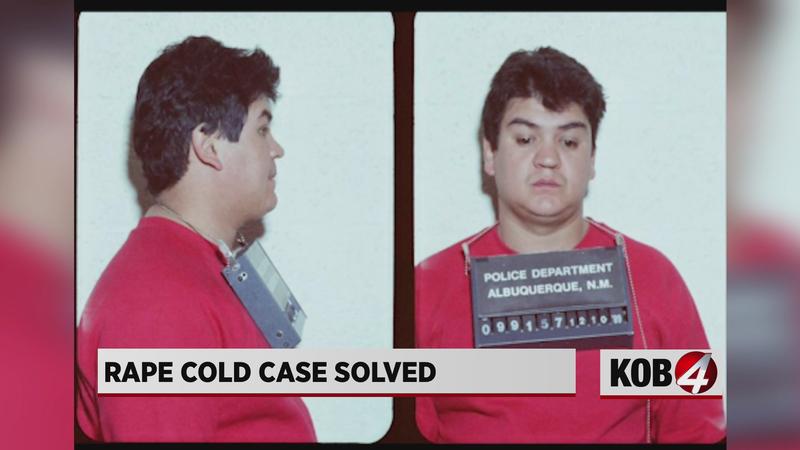