ALBUQUERQUE, N.M. — An Albuquerque man who was training for a bike tour to benefit a children’s hospital recently had his bike stolen. Luckily, some members of his community stepped up so he could keep pedaling toward one of his passions.

“Katherine was born with hypoplastic left heart syndrome, which basically means her left ventricle never developed. So at birth, she had her first surgery at four days old,” Lange said.

The Lange family relocated to Colorado for months so Katherine could receive the care she needed. Thanks to the children’s hospital, Katherine, now three years old, is still going strong. 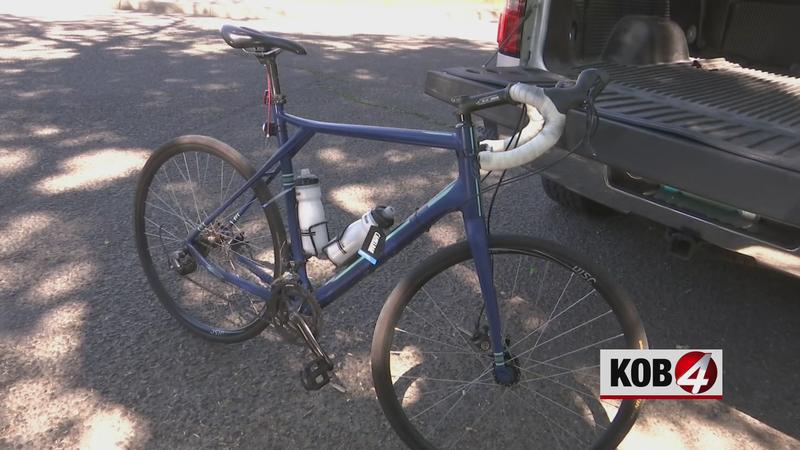 To show his appreciation, Gary Lange decided to join the Courage Classic, a bike tour that raises money for the children’s hospital.

A few days ago, Lange walked into his backyard to find that his bike had been stolen.

“It was kind of disheartening. I bought a bike to take care to raise money for these kids,” he said.

The community stepped up to help him keep that promise.

“The gentleman over at The Little Bike Shop. His name is Robert. He’s the owner on Central and Rio Grande. He called me or sent me a message one day, and he said, ‘Hey, come see, talk to me. I need to talk to you,’” he said.

“I gave him my personal 21-speed GT for training at home,” said Robert Lane, owner of The Little Bike Shop.

“I just took everything out to them, and he says, ‘What’s this for?’ And I said it’s for you to go and ride and do the tours and stuff like that for your child and other people’s children, too,” Lane added.

As it turns out, Lane also helps raise money for children who need it.

“It was just something that has always been in my mind and my heart and soul, so I helped,” he said.

Now, Lange can continue training for the Courage Classic and help more children get the care they need.