ALBUQUERQUE, N.M. — A dog dad is hoping to get his 20-year-old, four-legged friend, Boodah, into the Guinness World Records for being one of the oldest dogs ever.

Boodah is a Chihuahua mix standing at about six inches tall and weighing 12 lbs.

“He’s the goodest boy that ever could be,” said Boodah’s owner, Dyllan Griffin.

Their bond goes way, way back. 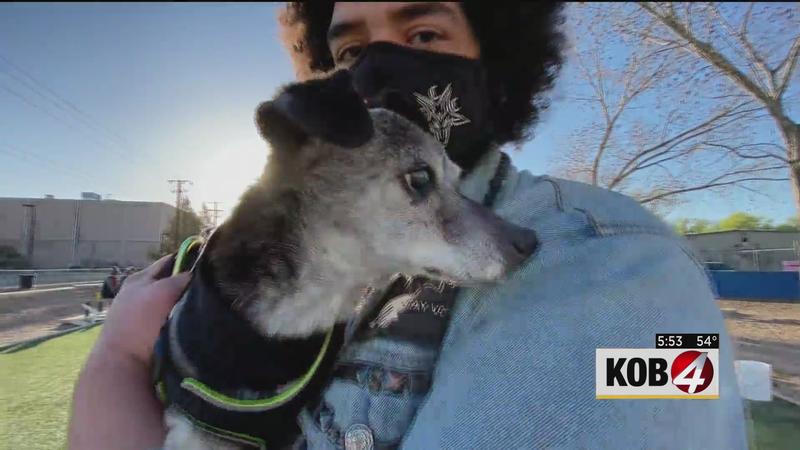 Time flew by and now Boodah has been wagging his happy tail for two decades. Griffin only has some adoptive paperwork, but Boodah’s age was verified by the ABQ Petcare Hospital earlier in the week.

“You look at him now, and you’re like, ‘Is that the same dog?’ His face has changed completely,” he said.

Griffin said they’ve had many adventures together, like traveling, checking out concerts and meeting artists. Now, with old age, Boodah can’t do most of the things he enjoyed. Griffin said Boodah has arthritis, and is nearly completely blind and deaf. But Griffin wants one more adventure for Boodah — make it on the Guinness World Records.

“That’s something I plan on submitting now because we were at the vet’s just the other day and (received) the update and paperwork,” said Griffin. “That’s my plan for this year.”

The application process could take at least 12 weeks. A spokesperson for Guinness World Records said there can only be one title holder at a time. Currently, a 29-year-old dog named Bluey from Australia is deemed the official “Oldest Dog Ever."

Hopefully Boodah will stick around to take the title.

“It would really just be to memorialize and commemorate how much time I’ve been able to spend with him because 17 years with a dog is longer than I spent with most people in my life. That is something that I really want to hold onto in significant ways,” said Griffin.