ALBUQUERQUE, N.M.- A homeowner was arrested after being accused of shooting a person who entered his property.

A neighbor said he saw 28-year-old Sean Wilkins in a fight with a man at the end of Wilkins’ driveway, and then saw Wilkins shoot the man.

Wilkins appeared before a judge Friday, charged with aggravated battery with a deadly weapon.

According to the criminal complaint, Wilkins first spotted the man in his side yard before shooting him in the driveway.

He told his roommate the man "had assaulted him and kicked him in the groin." 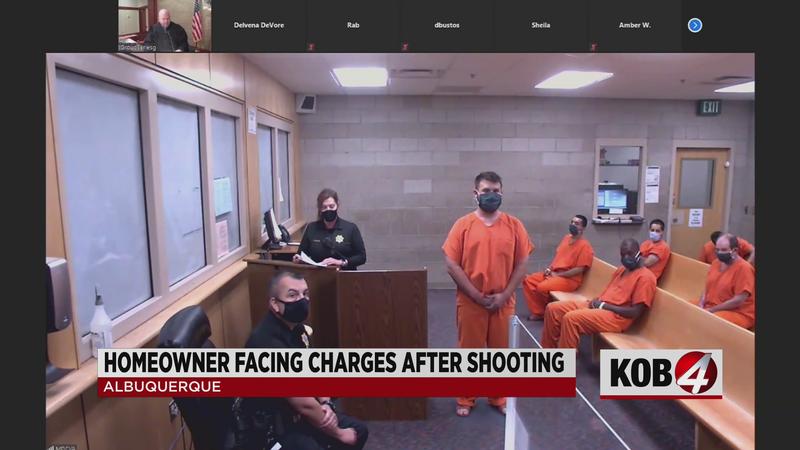 It may appear Wilkins was acting in self-defense, but defense attorney Ahmad Assed says the law is clear on this.

"You cannot use self-defense for just the protection of property," he said. "That is very clear that you must be that your life or the life of another is threatened by means of the intruder’s aggression."

The criminal complaint doesn’t specify all the details, but Albuquerque police ended up arresting Wilkins.

Prosecutors have filed a motion for pre-trial detention.

The man who was shot was found bleeding in the street with a gunshot wound to the chest.

He was taken to the hospital in critical condition.