ALBUQUERQUE, N.M. — Albuquerque Mayor Tim Keller is largely echoing what the governor had to say about the crime legislation that made it through the Roundhouse this session.

Keller outlined the successes and failures the city received from lawmakers in Santa Fe.

"We have to listen to victims and it’s something that, when I say ‘we,’ I mean elected officials. It’s something that we have not done enough in the past, and especially at the legislature," Keller said.

Angel Alire stood behind the mayor as he spoke. Her son, Devon Trey Heyborne, was killed in 2021. Police said the suspect, Devin Munford, pulled the trigger while out of jail on a GPS ankle monitor. Ever since, she has been advocating, volunteering and trying to make her voice heard by her representatives. She has mixed emotions and did not feel represented at the Roundhouse.

"I’m grateful for the wins we did get but very disappointed in the rest," she said. "So I’m not here to point fingers, name names, but I will make it very apparent that my son died in a certain district and I live in that same district. And I know there was a lot of push back from the legislator of that district." 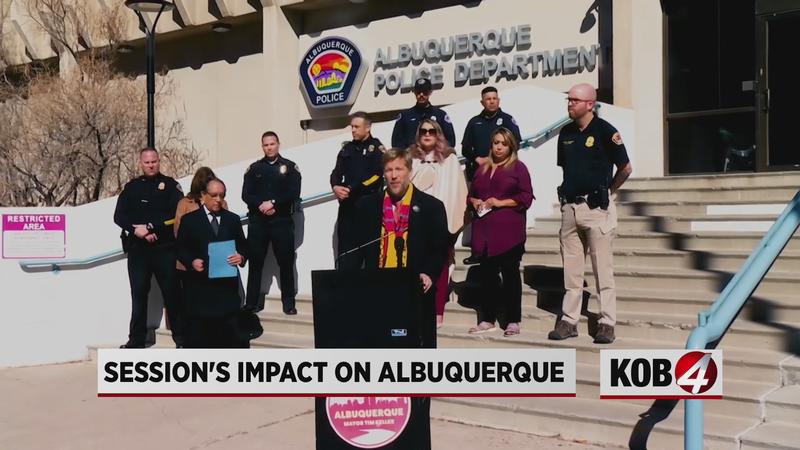 Alire pledges to keep up the fight.

"There are some definite things that I’m unhappy with," she said.

In Keller’s eyes, here are the wins and losses: