While the roads were cleared, snow that gathered on the sides of the road started to melt into the street. There were puddles that could freeze as the temperature dropped.

Roads in downtown Albuquerque were still wet, especially under overpasses. KOB 4 did see crews salting and sanding roads, but they said once it gets too cold, none of their treatment options will work.

"When it reaches those kinds of temperatures, I mean, the material we have – it doesn’t really do too much to that ice, so we’re just trying our best that we can," said Juan Hernandez, street maintenance supervisor for the City of Albuquerque.

Rio Rancho has a limited number of crews – only four salt spreaders for 139 miles of roads. 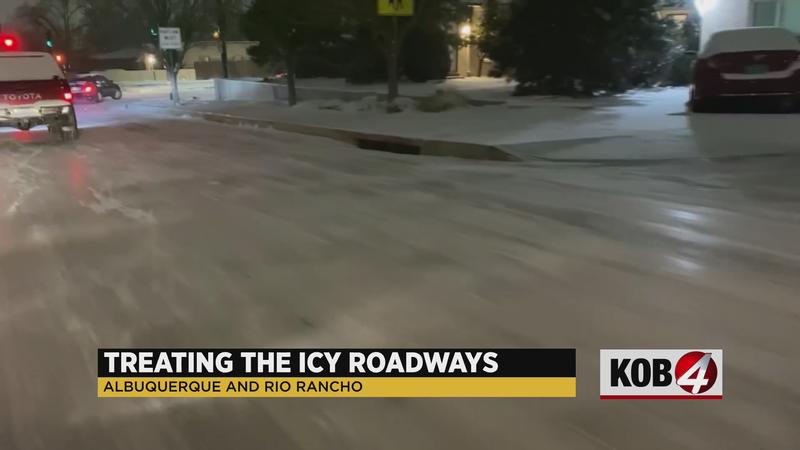 "It can only do so much," said Annemarie Garcia, the Rio Rancho Public Affairs Division manager. "You know, it kind of insulates the ice as we put it on water, and then it freezes. We hope it drops the temperature of the ice, there’s some sort of chemical reaction, however, once it gets below 15 degrees, it’s going to freeze."