ALBUQUERQUE, N.M. – A group of mothers, bonded by grief, but united in creating change to make Albuquerque safer, are vowing to take their fight to the New Mexico State Legislature and to the halls of power at the City of Albuquerque.

They have all lost sons to gun violence and they are channeling their anger and sadness into what they hope will make a positive difference.

“My son Jaydon was the most amazing boy,” said Nicole Chavez.

Chavez is the veteran of a group. Her son Jaydon Chavez Silver was murdered when a group of teens drove by and opened fire at an Albuquerque house party in 2015.

“He was there for a total of eight minutes, sitting on a kitchen counter, when shots rang in and he was killed,” Chavez said.

Other moms, like Angel Alire, are new to this. Her son, Devon Heyborne, was killed this past April. Alire calls her son amazing.

“He was almost finished with his pilot’s license. He was a basketball star in high school. He was the starting point guard,” said Alire.

Then there is Alicia Otero, who watched her son, Elias, die in February this year. Her son Elias Otero was killed by a group who carjacked his brother and demanded money.

“He was set up by females and they demanded money,” Otero said. “He went out there to protect his brother and when he walked outside, they just opened fire. They shot my son five times, he didn’t even have a chance. I got there in five minutes, and I watched my son die right in front of my face.”

These mother’s stories are just a fraction of the collective grief felt across Albuquerque. With each passing week, another young life is cut short.

These mothers, and others, plan on fighting for bills they believe will improve public safety statewide.

Watch the story above to see the emotional and important conversation Tessa Mentus and Chris Ramirez have with these incredible mothers. 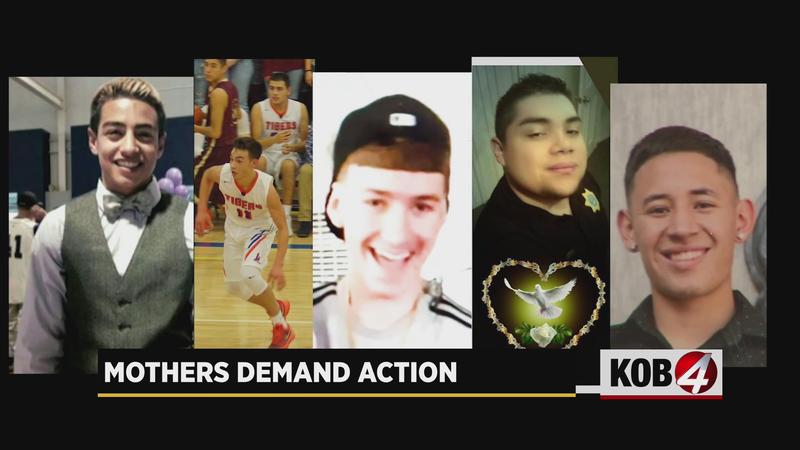