ALBUQUERQUE, N.M. — One of New Mexico’s most decorated softball players played in this year’s Olympic Games in Tokyo.

Andrea Howard, an Albuquerque native who played softball for the University of New Mexico, was selected for Italy’s Olympic team.

“I never thought I would get the opportunity to play in the Olympics,” Howard said. “So I’m very grateful.”

Howard was born and raised in Albuquerque but her family has roots in Italy. Her mom, Cristina, is from Italy and her family still lives there. Her dad, Kevin, was in the Air Force and was stationed in Aviano, 15 minutes away from Cristina’s house.

Growing up, Howard’s parents taught her and her siblings about their Italian family history.

“He always wanted to take the children right after they were born to introduce the children to the family,” Cristina said. “And from then on we always went every couple of years.”

After her family took a trip to Italy years ago, Howard tried out for the Italian national team. She played for the Italian junior softball team which was the first time she competed internationally.

“It was hard for me because I wasn’t super sure about their culture and their style of softball,” Howard said. “But the number of years I’ve been playing with them now I feel extremely comfortable and I’m confident whenever I go over there.”

Howard and her father, Kevin, made trips to local parks when she was young. Howard also played for La Cueva High School and won a state title with the school.

“We did four or five buckets a day six days a week before she had her first pitch in a game at La Cueva,” her father said. “We did 10,000 pitches."

After Howard learned that she made Italy’s Olympic team roster, she told her mom first.

“My mom was the only one that knew in my family,” Howard said. “And I thought that was so special because she was the one that has gotten me to this point and is the reason that I’m on this team.”

“It is so beautiful seeing her with a shirt that says ‘Italia’ on it,” Howard’s mother said. “And listening to the national anthem and just talking to the girls, I love it.”

Although Howard’s jersey will have “Italia” on it, she will be playing with New Mexico in her heart.

“I’m so grateful to have that opportunity,” Howard said. “You know New Mexico is usually not on the map for big sports like this so I’m very grateful to represent New Mexico and put it back on the map so that people know exactly where Albuquerque is and what we’re made of.” 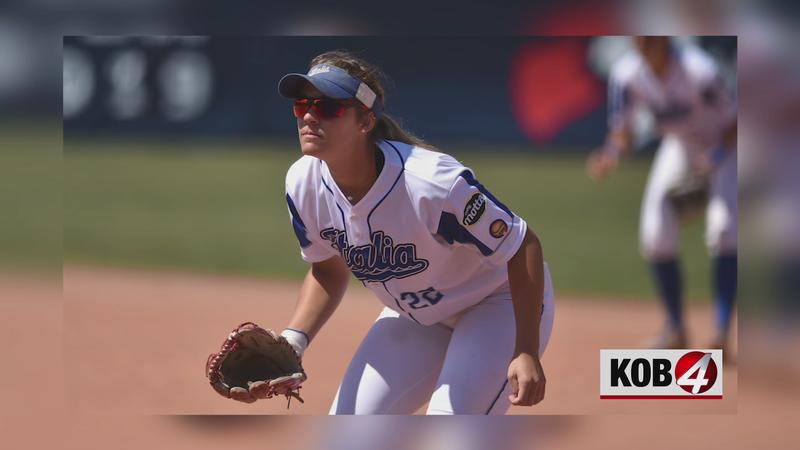