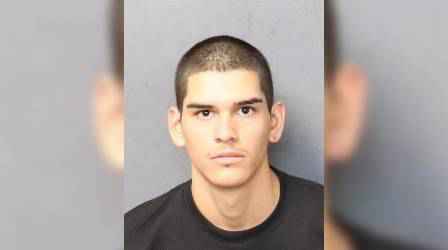 ALBUQUERQUE, N.M. – APD arrested a 22-year-old man in connection to a 2021 homicide in northeast Albuquerque.

Sebastian Garcia, 22, of Rio Rancho, was arrested Monday and charged with an open count of murder. Police believe Garcia shot and killed Darin Gonzales at an apartment complex on Aztec near Carlisle.

Garcia was suspected of the homicide after a witness consulted with police and identified several key items linked to Garcia – including a driver’s license picture.

Garcia was taken into custody on two outstanding felony arrest warrants Monday after being released from UNMH. Garcia was interviewed at the station, where he admitted to smoking meth with Gonzales and was afraid he would try to shoot him. Garcia then shot Gonzales and fled.

Garcia will remain behind bars until trial, a judge ruled Tuesday.