ALBUQUERQUE, N.M. — An Albuquerque father has been arrested in a disturbing investigation into child abuse.

According to the Albuquerque Police Department, Jeremiah Anderson, 24, was seen severely beating his infant son, Deshawn, in three separate videos.

"I was tearing up, I was devastated like, my poor baby didn’t need to get beaten," said Angeline Hernandez, Deshawn’s mother.

Hernandez said she first saw the videos about three weeks ago. Anderson’s cousins had sent them to her. She said the abuse happened at the cousins’ home at the time.

"No child should ever go through that, ever, like that poor baby, he could’ve died," Hernandez said. 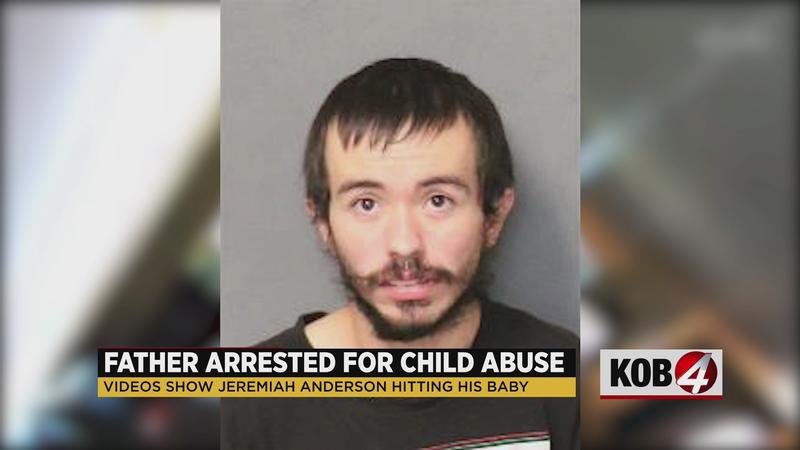 Police said Anderson willingly came to APD to provide an interview where he admitted to drinking too much and taking his anger out on the boy because of "custody issues." He also admitted he would "occasionally lose it" and beat Deshawn in a similar manner.

"I don’t even hope anything bad on any person ever, but what he did to my son – I hope he gets what he deserves in there," Hernandez said.

Deshawn has been with his mother for about five months now. A CYFD caseworker comes once a week to check in and help with the baby.

"I feel really happy," Hernandez said. "I feel like I’m doing a good thing for my son. He loves me, I can see it in his eyes, I love him."

Anderson was arrested and remains in custody at the Metropolitan Detention Center. The district attorney’s office has already filed for pretrial detention.

"CYFD is actively investigating the incident surrounding the disturbing video that has been circulated on social media. The department has taken steps to ensure the safety of the child believed to be in the video and will continue assessing the situation to keep the child safe while supporting the criminal investigation."

Meanwhile, Hernandez told KOB 4 she is filing for full custody of the baby.

Baby Deshawn is safe and home tonight with his mom, as #Albuquerque #police charged his father Jeremiah Anderson with child abuse. The charge stemmed from three videos showing him beating Deshawn with a closed fist about 4 months ago. @KOB4 pic.twitter.com/JxKkMklIAp