ALBUQUERQUE, N.M. — Albuquerque police are investigating a fatal crash in the North Valley.

Police said officers responded around 3:20 p.m. to a crash involving two vehicles on 4th Street between Candelaria and Menaul.

Witnesses told police a vehicle was trapped under a large truck. Officers discovered one individual who was unresponsive and later declared deceased by emergency personnel.

Police said another individual was taken to the hospital with non-life-threatening injuries.

APD is urging drivers to avoid the area. 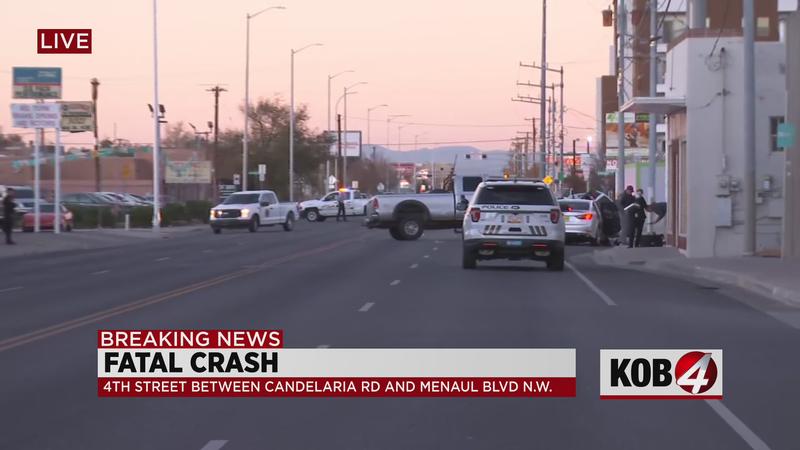